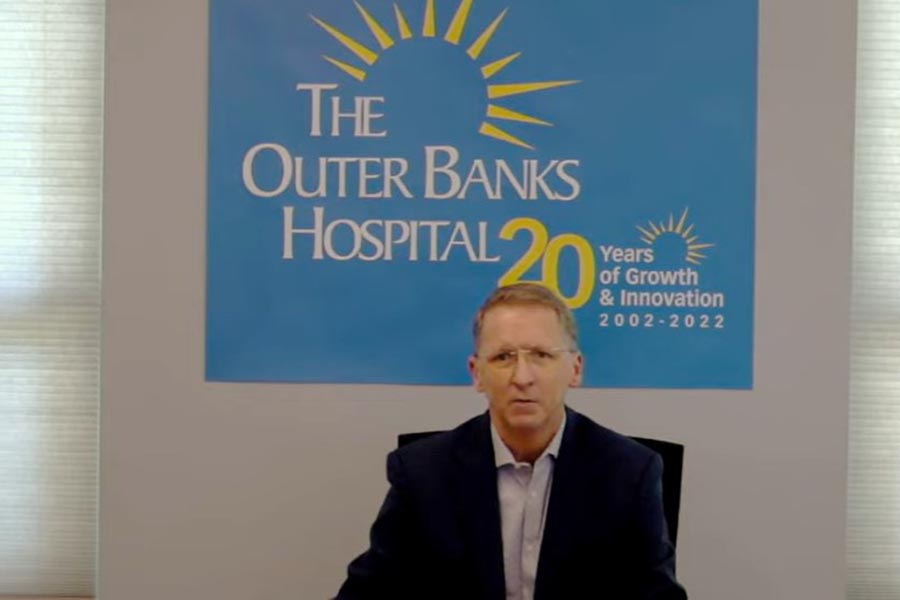 In an Aug. 26 video, Outer Banks Hospital President Ronnie Sloan announced the imminent arrival of a nurse practitioner (NP) for the new family practice practice in Nags Head and gave some additional details about the process of establishing primary care through the waiting list. telephone line.

The new NP, Marina Turner, is expected to start working at the Nags Head office in November.

Noting that “we continue to receive questions about access to the primary care waiting list and prescription refills,” Sloan said the phone line will remain open “for the foreseeable future,” explaining that she is available to the entire community as well as the 2,400 patients who lost care at Manteo’s family practice earlier this year.

Messages left on the waitlist line (252-449-4540) are timestamped, and Sloan said they will be returned within a week with confirmations that the caller is on the waitlist for primary care. He predicted that the team plans to start scheduling appointments with the provider from mid-October, adding that a patient can expect to have a visit with their new provider in six or seven months, and in some cases, perhaps earlier.

Out of more than 1,300 hospitals of similar size, Outer Banks Hospital is the only one in the United States to earn this prestigious designation, which is based on a number of factors, from research and clinical services to community outreach.

As a doctor and a father, I’m ashamed of the horrific way my field abuses children with “gender-affirming” therapies.