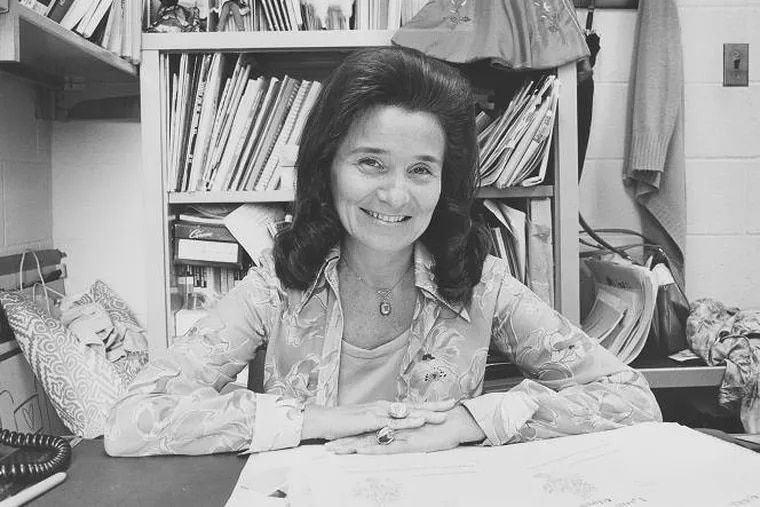 The daughter of Russian immigrants, Dr Moskowitz has spent much of her 35-year career at Temple helping other foreign language teachers improve their skills and efficiency in the classroom. Using the Flemish Interaction Analysis System and other progressive classroom learning practices, Dr. Moskowitz has helped reshape traditional graduate school classrooms into personal, participatory, and student-centered exercises.

And she did it, former students said, with a unique blend of determination and compassion.

â€œDr. Moskowitz did everything with heart,â€ wrote one of his alumni in a tribute. â€œShe has touched the lives of tens of thousands of people directly and indirectly through her work as a teacher. “

Dr Moskowitz has published four books, including Caring and sharing in the foreign language class in 1978; wrote 60 academic articles; and has spoken about teaching techniques over 200 times in the United States, Canada, Israel, Mexico and Japan.

She created a revolutionary film called Don’t Smile Until Christmas: A Story of Classroom Interaction and was the Modern Language Association’s 1981 Educator of the Year for Pennsylvania.

â€œYou too can learn to control your verbal interaction and, therefore, improve communication and your dynamics. [foreign language] course â€, Dr Moskowitz wrote in 1972 in the foreign languages â€‹â€‹tag. â€œA truly exciting, practical and promising approach.

Contemporary of her pioneering colleagues in education in Philadelphia Marciene Mattleman and Gloria Moskowitz, her sister-in-law, Dr. Moskowitz urged teachers to encourage students to find their own motivation and engagement in the classroom, focus on both the intellectual and emotional aspects of learning, embrace self-assessment and interact with others other people from different cultural backgrounds.

“Mum was a woman ahead of her time,” said her daughter Jan Zacharjasz.

Born April 14, 1928 in Toledo, Ohio, to Ida and Hyman Rothenstein, Dr. Moskowitz received a bachelor’s degree in education in just three years from Ohio State University. She met Merle Moskowitz in college and they married in 1950. They moved to Philadelphia soon after and then to Bala Cynwyd, where they raised their daughters Jan and Lynne. They later divorced.

Originally a Spanish teacher, Dr Moskowitz received her Masters and Doctorate degrees, both in education, at Temple, and became one of the university’s first female full professors. She mostly worked at night, as many of her students worked during the day as teachers. She developed and facilitated weekend workshops and was revered for her 24 hour accessibility and personal attention.

She took one of her struggling students to her house for a while and walked another down the aisle to the woman’s wedding. “She led by example by bringing kindness, positivity and dedication – with late nights and a sweet tooth – to everything she did,” Zacharjasz said.

Balancing a busy nighttime schedule and a defining commitment to her career and her students, with family life, Dr. Moskowitz has shown her daughters how to be confident, independent and critical thinkers. â€œShe was the busiest person I know,â€ said daughter Lynne Glasser. “But she always took time for us.”

She invited her daughters to help her with her many projects and often explained how important it is to be open, non-judgmental and connected. â€œShe saw the people for who they were,â€ Glasser said.

A former student said in a tribute: “She has taught me so much and will be in my heart forever.”

In addition to his daughters, Dr. Moskowitz is survived by four grandchildren, two great-grandchildren and other relatives. Her former husband and infant twin brothers died earlier.

The services took place on October 13.

PA defends itself against license suspension for COVID treatment