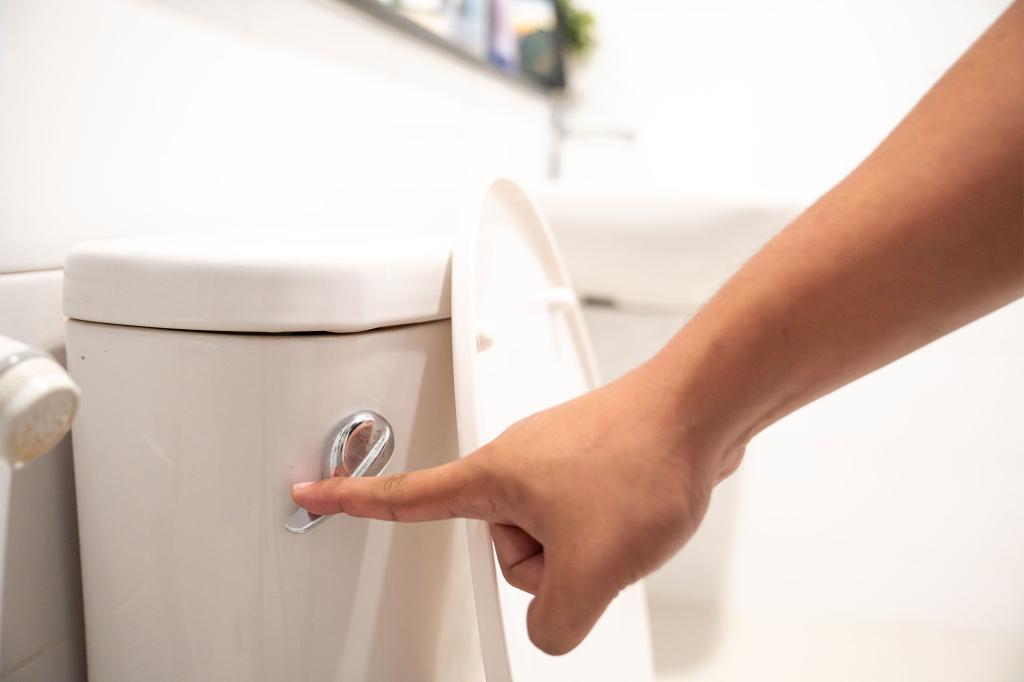 For some people, opting for a number two is the only time of day they get some peace and quiet.

But if you find yourself holding out until the kids are in bed, you could be putting your health at risk.

An expert has now warned that delaying your toilet time could wreak havoc on your gut.

Gastroenterologist Professor Martin Veysey said that when it comes to how often we poop, it’s different for everyone.

The NHS says most adults can go from a few times a day to once every three to four days.

However, Professor Veysey explained that the frequency of your bowel movements could also be due to transit time.

It is, he explained, the time it takes for the residue from the food you eat to come out the other side.

Writing in The Conversation, he said it was important because having urgency issues, such as a sudden, frantic urge to poop, diarrhea and constipation, can all be signs of slow transit.

In order to measure your individual time, he said all you have to do is swallow a handful of raw sweetcorn kernels and then look for the yellow kernels in your poo.

It should be between eight and 24 hours, he explained.

For most people, eating triggers the urge to go and when you’re a baby you haven’t yet learned when you can and can’t go – so you poop freely in your diaper.

But as we get older, we learn to suppress the “call for bowel movements,” mostly because we don’t have the luxury to go when we want to.

The poo guru explained, “Learning to control your bowels is an important developmental step, but some of us take it too far; we find that sometimes we can make that urge go away temporarily if we ignore it for a while, because the time just doesn’t seem right.

It is because of this that many people end up suffering from constipation, abdominal pain, unpredictable bowel habits, bloating and flatulence.

Professor Veysey said you should never hold on to your poo and it can be particularly dangerous for those with a long transit time.

“Getting into the habit of putting it off means the residue from the food you eat stays in your body longer than it should. Your transit time gets longer and your quality of life goes down.

“On average, we produce about six tons of poop in our lifetime, which is made up of water, bacteria, nitrogenous matter, carbohydrates, undigested plant matter, and lipids (fats).

“The longer this mixture of things remains in us, the more it is subject to fermentation and decomposition.

“This not only produces wind, but also chemicals called metabolites, which then come into contact with the intestinal lining and can be absorbed,” he said.

He added that a longer transit time has also been linked to conditions such as bowel cancer, gallstones, colon polyps and hemorrhoids.

If you want to improve your bowel habits, luckily the poo expert says there’s a lot you can do.

This includes increasing the amount of fiber and fluids in your diet, exercising regularly, and being in touch with your colon and its habits.

He added, “Some people even use cognitive behavioral therapy to improve bowel function.

“Most importantly, when your colon calls, you have to listen.”

This story originally appeared on The Sun and has been reproduced here with permission.

No credit check for checking account or cash advances