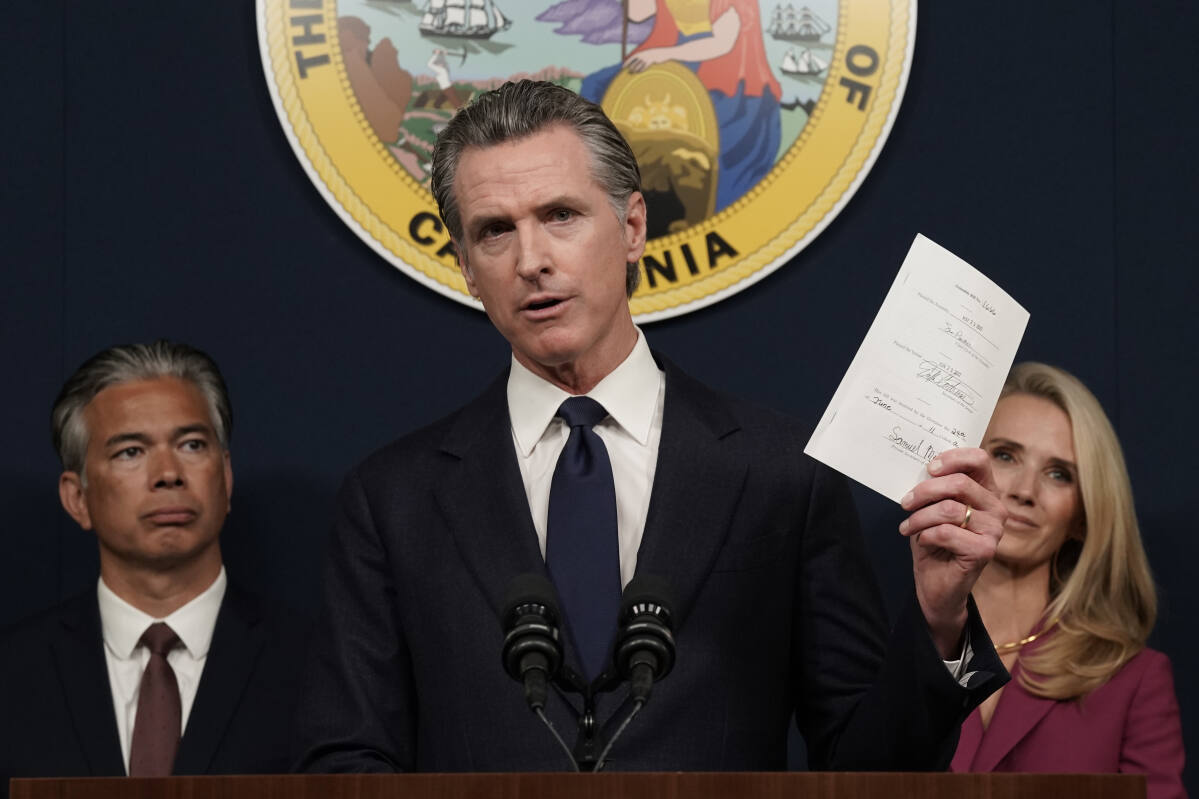 Lund, who is also associate program director of the Santa Rosa training ground for junior doctors, said the historic decision also sparked unsettling sentiment for the future of health care in America. With the court’s elimination of the constitutional right to abortion, states across the country are now becoming battlegrounds for women’s reproductive rights.

“It’s shocking and heartbreaking, something I never imagined I would see in my lifetime or in my career,” Lund said.

She expects to receive calls from patients in the days and weeks to come asking how the court’s decision affects their reproductive health options. She said she will reassure them that abortion services are still protected in California and that state leadership will likely further strengthen reproductive rights.

By quashing Roe v. Wade, the U.S. Supreme Court essentially left it to state legislatures to decide how much, if any, they would restrict abortion.

Lund said she expects to see an influx of residents who live in states where abortion will still be restricted. It’s unclear how many will come to Sonoma County, she said.

“The ability to have appropriate and safe medically necessary care is going to be fundamentally very limited for a large portion of patients in this country,” she said. “We will likely see some increase in the number of patients seeking abortion care.”

At a news conference on Friday, Governor Gavin Newsom said there were nearly 34 million Americans of “childbearing age” living in 26 states likely to further restrict abortion. Newsom said “tens of millions of dollars” in grants would be split among 108 clinics across the state to provide resources to those seeking abortion services, including out-of-state residents. .

“People in Texas right now can be civilly fined through a private right of action for aiding and abetting someone who might come to the state of California, for example, to search for their reproductive rights and freedoms,” he said.

The Supreme Court ruling sparked a number of statements and responses from local healthcare providers.

Kaiser Permanente, Sonoma County’s largest health care provider, said in a brief statement that it will continue to provide a “full range of comprehensive, integrated women’s health services.” This includes “prenatal, maternity, family planning, contraception and pregnancy termination services consistent with our obligations to our members, patients, employees, customers and all applicable laws.”

“When it comes to complex pregnancies or situations where a woman’s life is at risk, our clinicians exercise their best medical (judgment) and provide all necessary interventions to protect and save the life of the mother,” the provider said in a statement.

Providence said it provides a number of maternal and female health services, including investing in an early warning trigger system to detect and respond to complications during and after labor and delivery.

Spokesman Steven Buck said doctors who are part of Providence Medical Group follow the same guidelines as their hospitals regarding elective abortions.

“However, this does not apply to physicians in private practice who have privileges in our hospitals; we cannot talk about the services they provide in their private offices,” he said.

Abortion services at some local facilities are limited by a federal law known as the Hyde Amendment, which prohibits the use of federal dollars for abortions except in cases of rape, incest, or when the life of a a woman is threatened by pregnancy.

Petaluma Health Center, with major clinics in Rohnert Park and Petaluma, does not perform abortions, said Pedro Toledo, CEO of the organization.

Naomi Fuchs, former CEO of Santa Rosa Community Health and longtime champion for women’s health, called the Supreme Court majority’s reasoning “alarming,” based on the rights that existed at the time. of the founding fathers.

Fuchs said the decision opens the door to possible rollbacks in other fundamental human rights. “We must stick together to oppose a return of women’s rights to the autonomy of their lives and their bodies. We cannot be distracted from this central issue,” she said in an email.

Lund, the residency program’s director of maternity care, echoed that call to action. State laws prohibiting and restricting abortion are likely to disproportionately impact low-income and minority women who cannot afford to leave the state and access abortion care .

“It’s really important that we not be complacent just because we live in a state where abortion will always be allowed and protected,” she said. “It’s a matter of social justice and ultimately a matter of individual rights, and that a large proportion of our citizens in this country cannot access medical care is unacceptable.”

Roberta Tovey from Doctor Who: Peter Cushing was like a grandfather