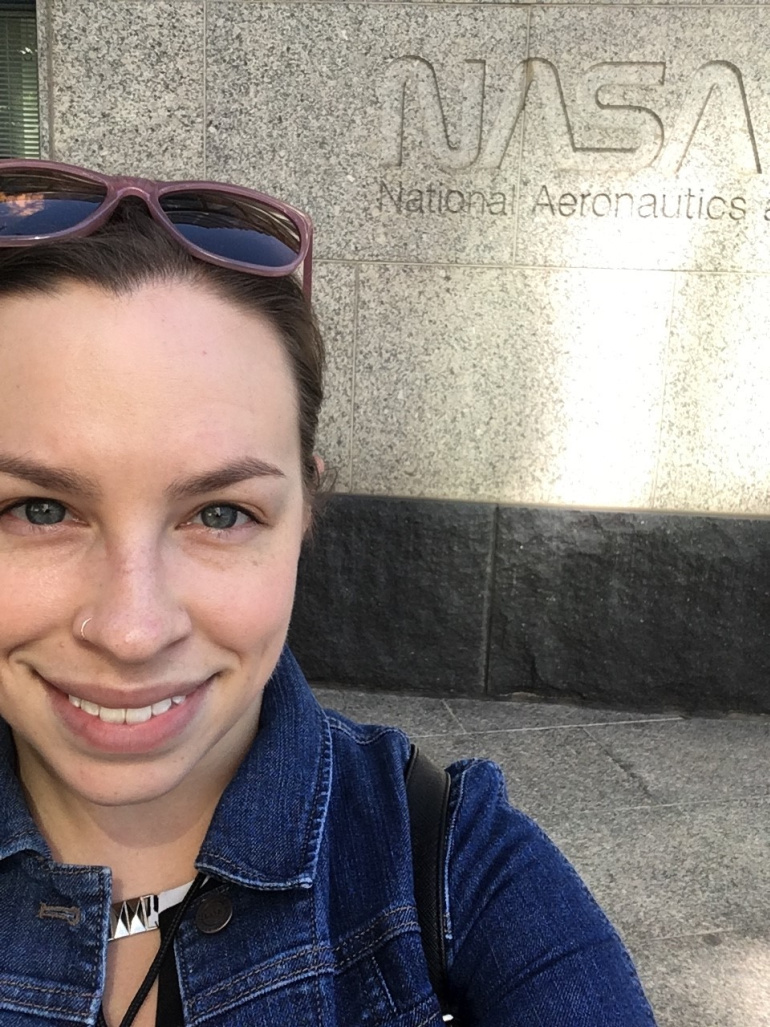 Renee Ludlam’s interest in astronomy began during her childhood, thanks in large part to the Discovery Channel and science fiction.

It wasn’t until she was a student at Wayne State University that she considered it a career choice. She heard about the astronomy program, enrolled, and became a member of Wayne State’s first astronomy class.

Now Ludlam has returned to college as an assistant professor of physics and astronomy.

“I never thought astronomy was actually something I could do — it always felt like a dream,” Ludlam said. “When I first started going to Wayne State, I was looking through their fall preview of all the different majors, and saw that they had just started the astronomy program. I immediately signed up. I felt like it was something I could finally do, so I was really excited about it.

“Coming back feels like a full circle moment,” Ludlam added. “Sometimes it doesn’t really feel real, but it’s a surreal feeling to be back now on the other end and helping the department grow. It will be nice to have a hand in making Wayne State more widely known in the astronomy community.

Ludlam was a NASA-Einstein Hubble Fellowship Program Fellow at the California Institute of Technology before returning to Wayne State.

The NASA Hubble Fellowship Program (NHFP) supports promising postdoctoral scientists to pursue independent research, which contributes to NASA Astrophysics using theory, observation, experimentation or instrument development. Fellows are divided into one of three sub-categories. As an Einstein Fellow, Ludlam examined the question “How does the universe work?”

“It’s a very prestigious scholarship, so I was very lucky,” said Ludlam, who earned her master’s and doctorate. in astronomy and astrophysics from the University of Michigan. “It was unique to do it during the pandemic, so it wasn’t a traditional experience, but I think a lot of great opportunities were given to me through Caltech, and I think it’s benefited me d get a job like Wayne State. .”

“Some of the science working groups I’m on are active missions that are already in space,” Ludlam said. “So I’m always working with the datasets and coming up with new ideas for them. But then there are future probe concept studies that are ongoing that should go through a review with NASA and then they will select a mission.

Ludlam is thrilled to be back at Wayne State and have access to the Dan Zowada Memorial Observatory, which is a state-of-the-art, robot-controlled 20-inch remote observatory in the high desert of Rodeo, New Mexico in an elevation of 4,128 feet. The location has some of the darkest skies in the nation.

“When we used to take the astronomical techniques course, we would go up to the top of the Wayne State building. Now having a remote robotic telescope in a desert where you have dark skies is super beneficial and allows for a whole new opening up things that we can study or even teach our students at Wayne State and engage the public, so I’m pretty excited to have access to that,” Ludlam said. “And I know there’s been a new planetarium update. So it’s also exciting to be able to talk about my research more broadly and with different age groups.”

“Black holes are one of those great mysteries,” Ludlam said. “Since I’ve been looking at black holes and neutron stars, they’re the most massive yet compact objects in the universe. They are extremely dense and therefore have a giant gravitational pull. And so, the material around these objects heats up and forms a disc-like structure. The disc gets very, very hot to the point of emitting X-rays, and that’s what we observe. Thus, by observing the X-rays of the material that is near these compact objects, we can learn more about their physical properties. »

Ludlam loves what she does and hopes to pass that passion on to students and help the Wayne State Astronomy Department continue to grow.

“I feel like if I can do it, really anybody can do it,” Ludlam said of his career in astronomy. “I’m just someone from the suburbs of Detroit who has a lot of stubbornness and courage. I think it’s totally doable for people, if they want it and are willing to work for it.