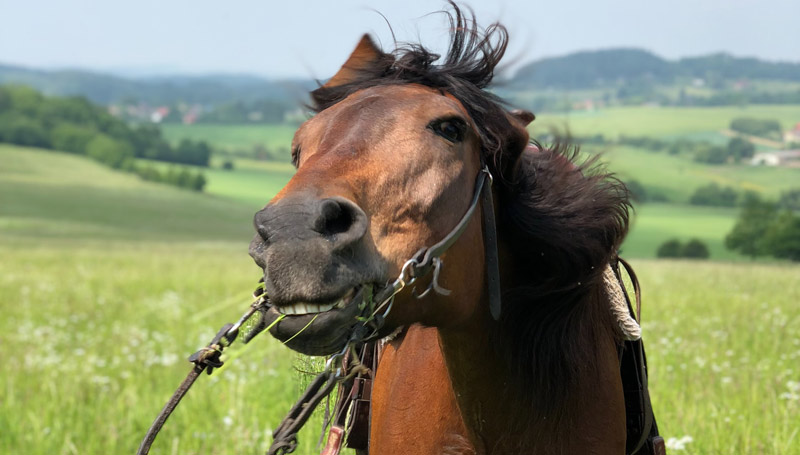 A researcher interested in trigeminal-mediated head tremors in horses is spurred by renewed interest in finding answers around the puzzling syndrome.

Kirstie Pickles, in a clinical commentary in the latest issue of the journal Equine veterinary education, says the hunt is now on for the cause of aberrant trigeminal nerve activity behind the condition. So far, he has remained hopelessly elusive.

Pickles, a clinical assistant professor of equine medicine at the University of Nottingham’s School of Medicine and Health Sciences, says the diagnosis is in horses with a suspected functional disorder of the trigeminal nerve. This is distinct from horses in which disease or trauma has damaged branches of the trigeminal nerve, causing head tremors.

Conclusive involvement of the trigeminal nerve in head shaking has only been confirmed in the past 10 years, Pickles notes, although it was first proposed more than a century ago.

The aberrant trigeminal nerve function documented in nerve conduction research, along with the seasonality of clinical signs in many head-shaking horses and the absence of obvious lesions in the trigeminal nerves and ganglia in affected equines, indicate a physiological or functional pathology rather than a structural, nervous disorder.

Although the cause remains to be established, recent studies have explored several possibilities. These include the potential role of gonadotropin fluctuations, the dietary cation-anion balance, and the possible role of the caecal microbiota.

“Finally, after decades of inactivity, there has been renewed interest in demystifying this syndrome,” she says.

The full clinical commentary, published in a Creative Commons Licensecan be read here.