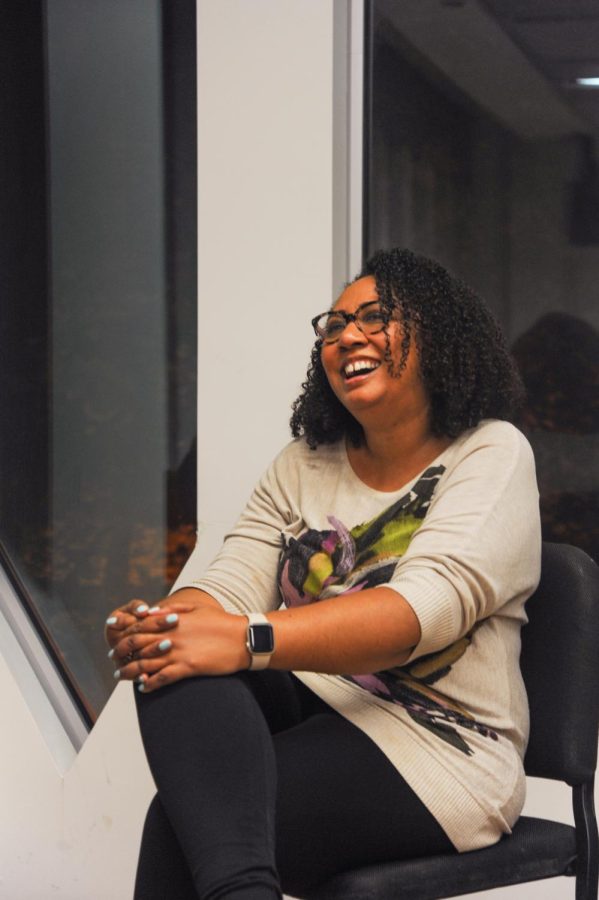 Q&A with Courtney-Savali Andrews, Professor of Ethnomusicology – The Oberlin Review

Courtney-Savali Andrews, OC ’06, is the new Assistant Professor of African American and African Diaspora Music at the Conservatory. This semester, her classes include Introduction to African American Music, an interdisciplinary course that blends music history, ethnomusicology, and African studies. In addition to her degrees from Oberlin in African studies and piano performance, Andrews has a master’s degree from Arizona State University in musical direction and a doctorate. in ethnomusicology from the University of Wellington. From 2009 to 2012 she was a Fulbright Scholar in New Zealand where she researched and lectured on ethnomusicology. Outside of academia, Andrews has worked with Seattle Opera as a collaborating pianist and as a church musician and leader in Auckland, New Zealand.

What was your journey from dual degree student at Oberlin to professor?

I came here to Oberlin with a major in classical piano, which is a traditional European instrument, and a major in African studies. Once I arrived at Oberlin, I learned about black classical composers and the long heritage that is attached to the Oberlin Conservatory, and that started to show through in my playing. My father is African American from Alabama and my mother is of Samoan descent from American Samoa. My father is a musician. He’s a Hammond B-3 jazz organist. I grew up in jazz and blues clubs with him, and my siblings and I are trained conservatory musicians, but we were the only Samoans I knew in the United States. The types of classes that were being offered then allowed me to not only express my African American heritage through my music, but also to begin to see connections to my identity as a Pacific Islander. My teachers, especially Professor Caroline Jackson-Smith and Dr. Wendell Logan, have been really supportive in exploring my two identities in conversation with each other. I was music director for many of the Caroline Jackson-Smith theater productions in the Theater Department and was also music director for five black churches in Lorain County by the time I graduated from Oberlin.

I come out of the Black Baptist church, and playing black gospel and spirituals in those particular settings is where I would bring what I was learning at Oberlin to the real world. After leaving Oberlin, I went to Arizona State University for my MA and PhD, then to New Zealand on a Fulbright to study Samoan opera singers from New Zealand. This Fulbright turned into a doctorate, and that’s when I realized I was doing musicology. It took me six or seven years in my program to even admit it. So for 13 years, I was traveling from New Zealand to Samoa to Hawaii, stopping in Seattle to visit family, then back to Oberlin. I’m very connected to the community in town and to the College here, and I think that’s what allowed me to be in the lead when there was a vacancy for someone to come and teach the introduction to African-American music.

Do you have a favorite definition of ethnomusicology that you like to use?

Ethnomusicology is the study of cultures in society through the exploration of their musical expression. As musicologists, we strive to understand their social context using ethnography as a methodology. So it means being among people and learning from them their existence and expression. You are not stuck in the archives. You work on field sites. You need to work on your outside insider context. You have to learn how to engage with people properly. And it’s culturally specific.

What was the biggest lesson you learned as an ethnomusicologist?

I learn all the time, every day. This job makes you very sensitive to how you engage with people. You research facets of their lives while learning to do what you seek. Even when I teach, I always try to figure out what will be the best approach to getting the best questions from students. I have also learned to consider the fact that I am a presenting Black and Brown person who engages with other Black and Brown peoples, and there are very specific pivots and protocols that make this relational space means different things.

Do you have a favorite part of teaching this course or teaching in general?

There’s a research project that really excites me that the students are doing in the second semester that was inspired by the lockdown. Each student researches a particular figure, group, or subgenre of black music from their exact neighborhood. I did this to light up a few different things. One is to collect their experience of having an immediate threat to their life. Second, all of these different reactions to this process reminded me of how black people went through the Middle Ages, went through the transatlantic slave trade, and navigated their lives through the generations. The goal is for students to identify characters who have always had to do this in places they call home and to identify if black and brown people are still in their neighborhoods. I do this every spring. It’s hard, but it goes to the heart of the music, the people, and identifying your relationship with it.

How was it to teach the course you took as a student, especially the one Dr. Logan taught for so many years?

It’s trippy because I remember what it was like to sit in class and learn about African American history, and American history in general, through that lens of black music. There was a lot of unlearning that happened there. Now I am on the other side, looking into the eyes of confusion, colliding with the students’ understanding of the story. It’s really rewarding, but it’s also very difficult. I’ve rearranged the class to address the issues we constantly face with the pandemic and George Floyd, and always in the context of Black Lives Matter, so that when students come up against whatever the news cycle tells us , there is a way that the course already talked about it. The music always takes into account what happens between the global existence of black people and their context in America.