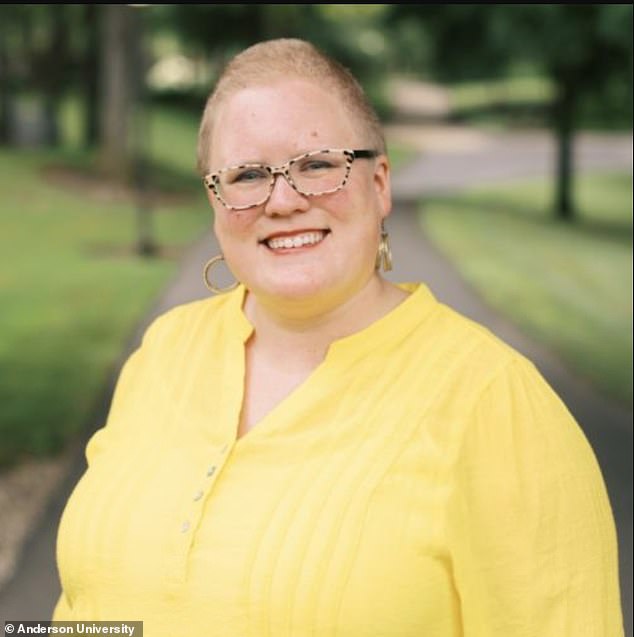 A white professor at Anderson University, a Christian college in Indiana, defended the school’s decision to racially segregate its diversity and inclusion discussion sessions, saying opposition to the move was about roughly “the feelings of white people”.

English teacher Elizabeth Boltz Ranfield took to TikTok to explain that opposition to race division is hypocritical: White people create their own “white spaces” by default, but then get upset when blacks, natives and people of color have their own groups.

The school’s Racial Equity Task Force, which was set up “to explore ways to [the school] apply our values ​​to the areas of identity, race and social inclusion,” recently decided to hold racially divided “listening groups” to increase openness in discussions of race and gender. equality.

The sessions, scheduled for today and April 19, are separated into “white students” and “students of color.”

English teacher Elizabeth Boltz Ranfield said white people are guilty of segregation “by default”, so these sessions are justified.

The measure appears to run counter to many Christian principles of equality as well as the philosophy of Martin Luther King Jr., who called segregation “rationally inexplicable and morally unjustifiable” in a 1965 speech.

But Ranfield said in his April 9 social media post that white people are guilty of segregation “by default”, so these sessions are justified.

‘Whites do this thing where we create spaces and are part of spaces that are white not just by status but by default – so circumstances allow a space to continue to be white only even though there is no rule that says white only.

She said people of color are obligated to accept these spaces, although they are not explicitly excluded. However, Ranfield, who is white, said when white people see people of color doing the same, they get angry.

“If people of color start organizing and creating spaces for them, white people, we all get, ‘Well, isn’t that segregation,'” she said, speaking on behalf of the whole white race.

She said white people get offended when they are left out.

“‘Aren’t you trying to divide us?’ she said, mimicking a generic white person. ”Why am I not allowed to go.’

‘Then you end up with these segregation protests that are really about white people feeling being, one, excluded from a space and, two, worried that people are saying mean things about them in that space and they won’t be able to defend themselves.

Ranfield, who said she was part of a Christian youth ministry sect when she was in high school, explained “the reason why we shouldn’t be in these spaces in the first place is because we make them our sense of defensiveness.

Anderson University’s Racial Task Force conducted a survey of students on racial inclusion and determined that there should be different sessions for white students and students of color so that everyone can speak freely.

“After compiling the responses, the task force decided to accommodate students in respective listening groups based on race and ethnicity,” wrote university president John Pistole, who is white, to defend the decision. “This evidence-based method was selected for listening groups based on research designs that demonstrate it is highly effective in receiving candid feedback.”

Not all students of color agree with the move.

Maya Turner, who plays for the college’s women’s basketball team, said she was “embarrassed” by the university’s decision.

“So Anderson University is now having racially segregated listening sessions and meetings???” Turner posted on Twitter. “As a student attending Anderson University, this is extremely embarrassing and upsetting. It’s 2022, I can’t believe this stuff still exists.

Health and well-being 2022: back to the doctor