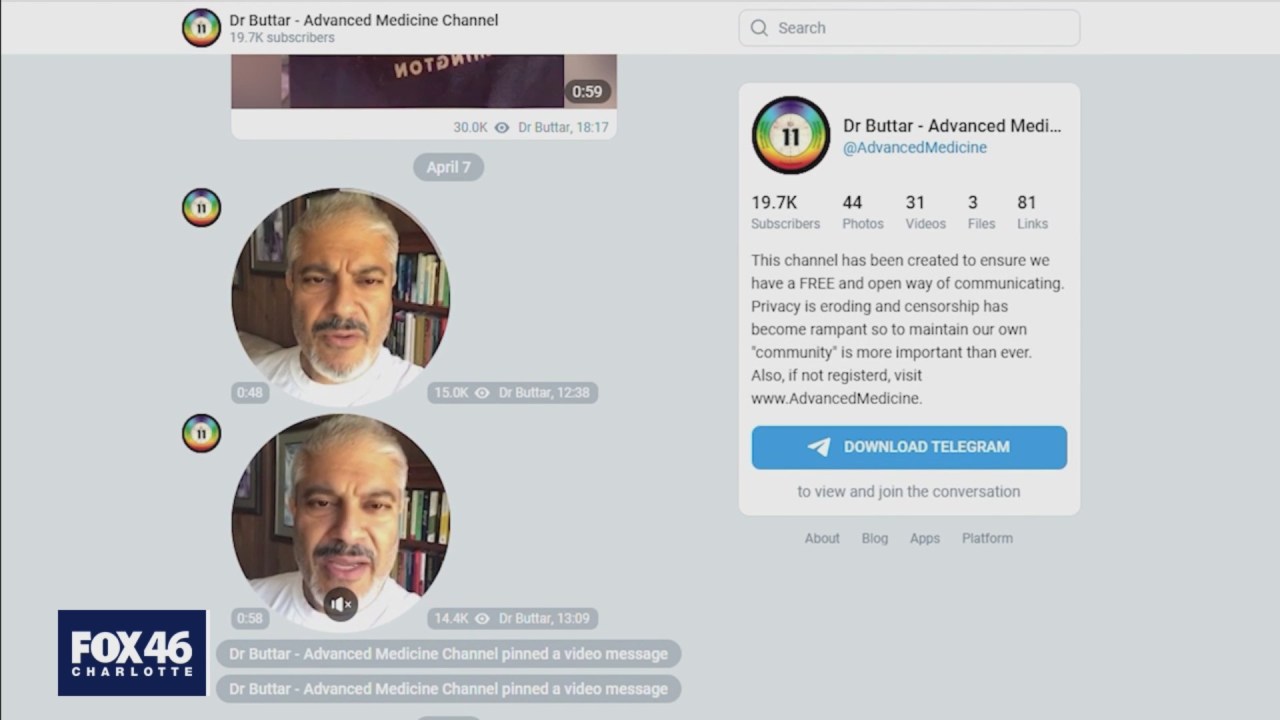 CHARLOTTE, NC (FOX 46) – 12 people are responsible for the vast majority of misinformation about COVID-19 on social media, according to a report from the Center for Countering Digital Hate.

The report found that the so-called “dozen of disinformation” are responsible for 73% of anti-vaccine content on Facebook.

“These 12 people are there to give misinformation. Anyone who listens to it suffers. It kills people, ”President Biden said on Monday.

“Rashid Buttar is an osteopathic physician and conspiracy theorist best known for videos posted on his YouTube channel,” the report said.

Buttar, a doctor of osteopathic medicine, has been reprimanded twice by the North Carolina Board of Forensic Pathologists for unprofessional conduct.

He has also been cited by the FDA for the illegal marketing of unapproved drugs.

What is happening today? Get your daily recap with the FOX8 newsletter.

Dr Buttar was included in the report for articles linking COVID-19 vaccines to infertility.

In a video posted to YouTube, which has since been withdrawn, Dr Buttar claimed that the masks cause COVID-19.

“The only thing you should do if you are worried about COVID-19, take off your face mask,” he said in the video.

At one point, Buttar had nearly 50,000 subscribers on his YouTube page. Buttar could not be reached for comment.

But he has spoken out against the CCDH report in the past.

“YouTube, Instagram, Facebook and Twitter have now removed me from the platform,” Buttar said in a video posted to his Telegram profile. “I think it’s in direct response to the hit play ‘The Dozen of Disinformation’.

Dr Darren Linvill, professor of disinformation at Clemson, says Buttar and the others on the list bear some responsibility for people who get sick because they are not vaccinated.

“A certain percentage of these people die because they did not receive the vaccine. And a lot of people don’t get the vaccine because of the information they’ve gathered from social media, ”Linvill said.

Facebook says it has deleted more than 18 million messages containing misinformation about COVID-19.