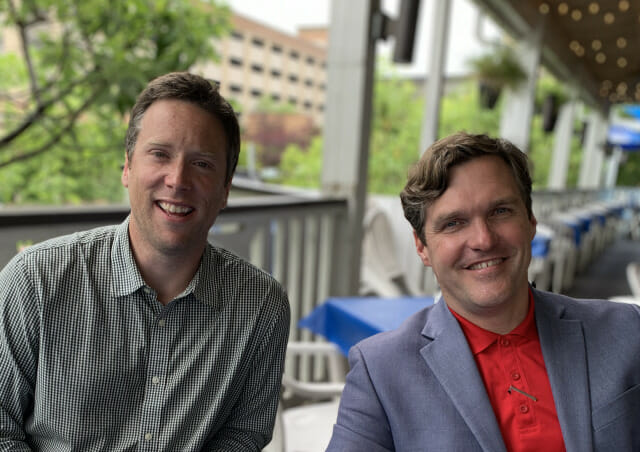 Hunter Taylor and Ryan Miller have built a friendship around shared musical memories and experiences – they now hope to do the same for others with their new podcast.

The podcast episodes, titled “Same Side of the Tracks,” feature conversations with guests focused on the music that has played a significant role in their lives.

Taylor, clinical assistant professor of teacher education at the University of Mississippi, and Miller (BA 02, JD 08), executive director of the Mississippi Office of Workforce Development, created the show because they came together in talking about the ’80s country music – especially their love of the Strait of George.

â€œRyan and I have a lot in common as fathers and professionals, but we really love to talk about songs,â€ Taylor said. â€œMusic is one of the things that tends to bring people together faster than anything else. We use music as a Trojan horse in order to bring people from different backgrounds together. “

â€œWe start each interview by talking about the impact of music on the guest over the years and that often leads to significant life events,â€ said Miller, former associate director of external operations at the Haley Barbour Center for Manufacturing Excellence from UM. â€œThen we can ask questions about the songs and artists that resonated at those times. “

Cole talks about his siblings’ struggle for control of the boombox, Wilkie talks about listening to Dire Straits while covering the Lebanese Civil War, Tannehill talks about the early days of the Double Decker Arts (and Music) Festival in Oxford , and McPhee-McCuin reflects on the music she listened to growing up in the Bahamas.

â€œThese are people in our community who are living inspired lives,â€ Taylor said. “And every time we left an interview, we naturally texted each other like, ‘Wow, that was amazing.'”

The first episode, which stars Cole, is available now. Subscribe through a favorite podcast app or the Same Side of the Tracks website.

The doctor will not see your newborn baby now

School physics: what is required for Illinois schoolchildren in 2021