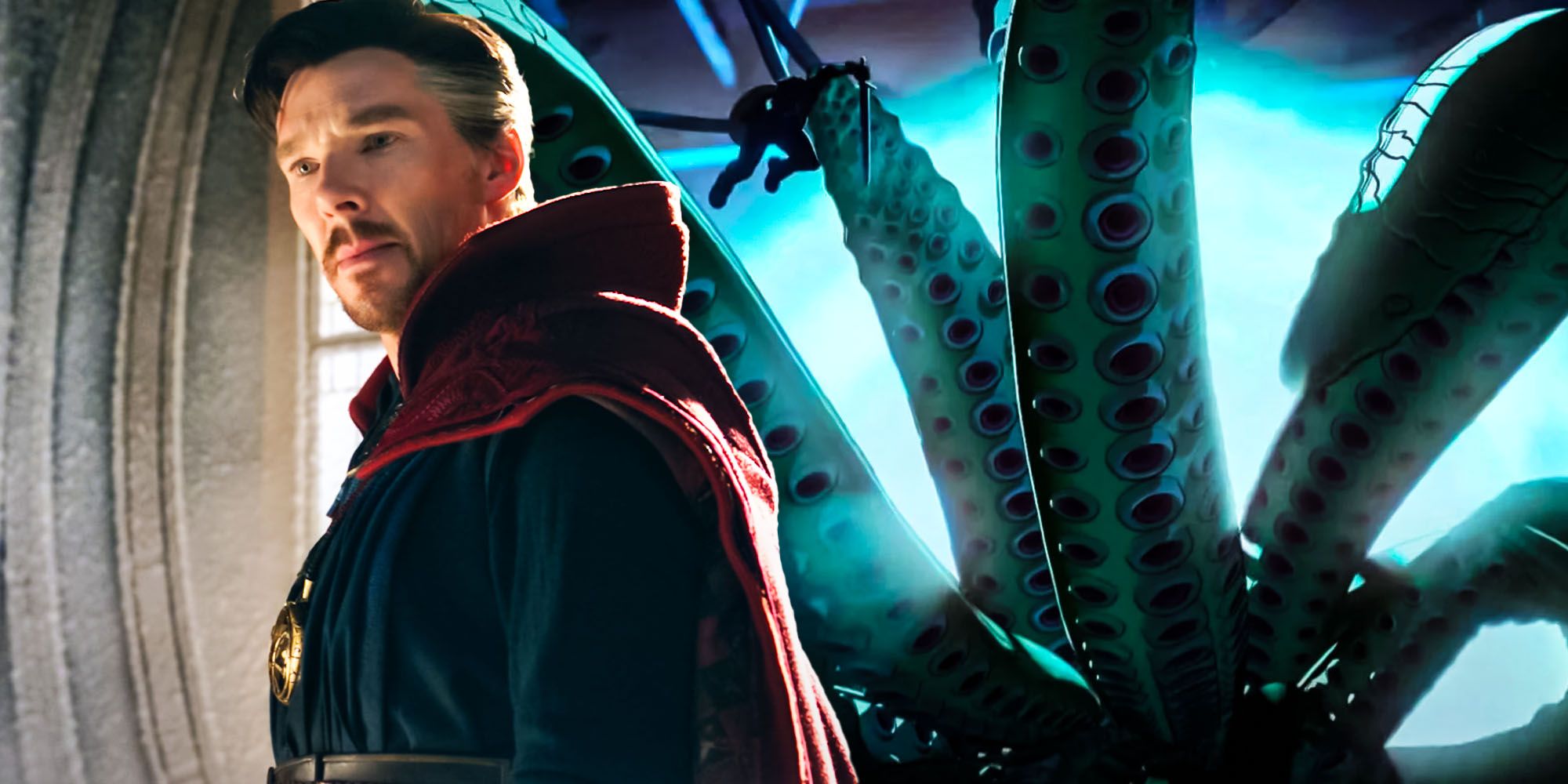 A leak appears to have confirmed Doctor Strange’s villain in the Multiverse of Madness, but the use of this character in What If? marred things.

The villain for Doctor Strange in the Multiverse of Madness seems to be revealed, but Marvel What if? marred the character. The 2022 release of Multiverse of Madness will finally give Dr. Stephen Strange (Benedict Cumberbatch) another solo showcase, nearly six years after making his MCU debut in 2016 Doctor strange. Of course, he won’t be completely alone, as Wanda Maximoff’s Scarlet Witch (Elizabeth Olsen) will be there. However, between the films with his name in the title, Doctor Strange quickly became one of the most popular and important figures in the entire MCU.

This progression makes perfect sense when you consider the Sorcerer Supreme’s high power level, powers that will soon be put to the test in Spider-Man: No Path Home. This assumes Doctor Strange seen operating in No way home is the one fans are used to, as many aren’t quite convinced. Part of the reason for this speculation relates to the recent What if? show on Disney +, which featured an alternate version of Doctor Strange; although the one who ended up being corrupted by evil after a multitude of repeated attempts to save his doomed love, Christine Palmer.

Related: How Doctor Strange Shatters the Multiverse – The No Way Home Theory Explained

What if?The episode focused on this alternate Doctor Strange also featured the MCU debut of a powerful cosmic villain known as Shuma-Gorath, a tentacle monstrosity based on the indescribable beasts found in the body of written works. from author HP Lovecraft. A recent LEGO leak appears to confirm the presence of Shuma-Gorath in Doctor Strange and the Multiverse of Madness, who before What if?, probably would have drawn cheers from most fans. After What if? It’s a different story though, as Shuma-Gorath has already been undermined.

In episode 4 of What if?, Doctor Strange is looking to gain enough power to undo Christine’s death for good, and the way he goes about it is to defeat and absorb the dark energy of countless cosmic monsters. The first creature he tries it out on is Shuma-Gorath, and while he doesn’t win this fight the first time around, it doesn’t seem like long for Strange to have a second turn with the Tentacle Beast. This time, Strange defeats Shuma-Gorath in a one-sided squash. While Strange had gained considerable power by the time he faced Shuma-Gorath again, the fact remains that the Sorcerer Supreme has already defeated the villain once, and if he can do it once, he can do it again in Doctor Strange in the Multiverse of Madness.

It’s unclear if Shuma-Gorath will be the only villain Strange is forced to defeat in his sequel, and perhaps this LEGO leak is actually a bad direction meant to ensure fans are surprised when the real big wicked of Doctor Strange in the Multiverse of Madness appears. Yet after Dormammu was the main villain in Doctor Strange’s first cinematic outing, using another powerful cosmic foe like Shuma-Gorath as his main villain Multiverse of Madness would certainly make sense. If so, Marvel might live to miss the creature that’s already making its debut in the MCU by losing fashion.

More: Doctor Strange In No Way Home Can Finally Lead To The MCU’s Uncle Ben

Michael Kennedy is an avid film and television enthusiast who has worked for Screen Rant in various capacities since 2014. During this time, Michael has written over 2,000 articles for the site, first only as a news editor and then later as senior editor and associate editor. Most recently, Michael helped launch the new horror section of Screen Rant and is now the team’s lead writer when it comes to anything scary. Originally from FL, Michael is passionate about pop culture and graduated from AS in Film Production in 2012. He also loves Marvel and DC movies, and wishes all superhero fans could get along. When not writing, Michael enjoys going to concerts, seeing live professional wrestling, and debating pop culture. A longtime member of the Screen Rant family, Michael looks forward to continuing to create new content for the site for many years to come.