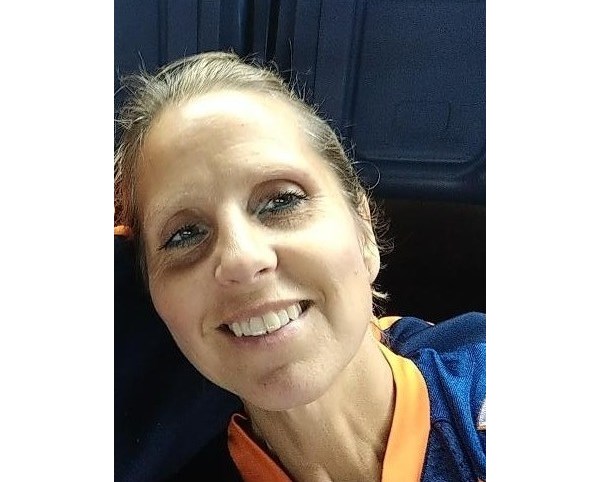 Lenetta Buschman, 54, died Friday, February 4, 2022, in Fort Lupton, Colorado. She was born on July 3, 1967, to Lynn Carroll in Michigan, but grew up and spent most of her life in Commerce City, Colorado. Growing up, Lenetta attended schools in the Commerce City area including Adams City High School and eventually earned her GED. She married Frank Buschman on August 17, 1996, a beautiful marriage that spanned over 25 years. Lenetta worked as a medical assistant for Brighton Family Medicine, a job she enjoyed doing for some time. Raising her children and helping her grandchildren has been her most rewarding full-time job. She recently returned to school to earn a Bachelor of Commerce degree.
Lenetta loved the little things in life. She loved camping, she treasured her animals, especially her chickens and dogs. To say she enjoyed spending time with her grandchildren and great-grandchildren is really an understatement, apart from Frank, they were her entire world. They all live nearby and were part of his daily life, stopping by to cook him dinner or just to say hello.
Lenetta was known to be a kind soul, she would give you the shirt even if it meant she would freeze. She adored the precious daily life, the telephone conversations with her mother and the other members of the family. She loved country music and had a well-known love for sunflowers.
Lenetta is survived by both her parents, Dennis and Lynn Carroll. By her husband, Frank Buschman Jr. With her children; Nathan (Kacey) Buschman, Sheena (Ernie) Walker, Nick (Erica) Buschman, Patrick and Teddy Walker, Chris (Mary) Buschman. She is also survived by her four siblings; Billy (Shelly) Clark Jr, Robyn (Nick) Merz, Johanna and John Clark and their family. With many grandchildren; Nate (Michaela), Ebonie, Micha, Alexia, Domonic, Lucas, Donavan, Gino, Noah, Gage, Saisha, Zyleagh, Tanyr, Neaveh, Bailey, Tucker, Carson, Emma and Remy. And by his great-grandchildren, August and Keanu.
To send flowers to the family or to plant a tree in memory of Lenetta Dawn Buschman, please visit our floral shop.

Posted by Tabor Funeral Home and Cremation Services on February 10, 2022.