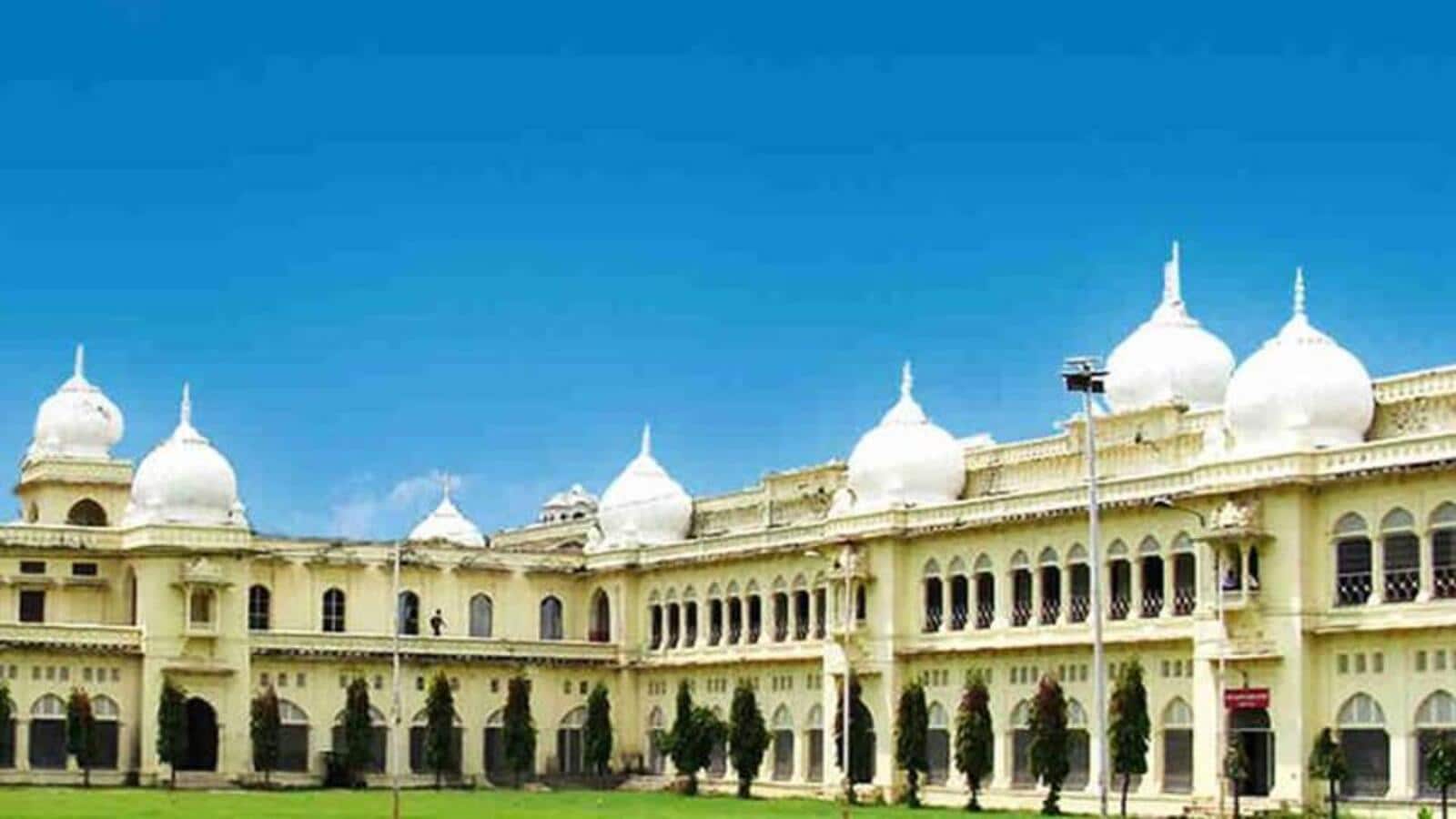 The Lucknow University Professors Association (LUTA) has unanimously passed a resolution in favor of its Dalit professor Ravi Kant Chandan who is in the eye of the storm following his remarks during an online debate on the issue of the Kashi Vishwanath-Gyanvapi temple complex.

The association, during the meeting of its executive committee on Saturday, described as “unilateral” and “unfair” the action of the university to demand an explanation from his colleague for his remarks made in the debate.

Some people had objected to a quote given by Ravi Kant Chandan, associate professor of Hindi at the University of Lucknow, during the debate.

“This unilateral action by the university administration to demand an explanation from a teacher is unfair. On May 10, a group of students stormed inside Lucknow University, harassed Ravi Kant and shouted objectionable slogans in indecent and innately angry language,” LUTA said in its resolution.

“An unpleasant incident could have happened to Ravi Kant,” the association said. He demanded strict action from the university administration against all those involved in this incident.

The LUTA executive regretted that the police administration did not follow up on Ravi Kant’s letter and felt that ex parte action was not warranted, said Vineet Kumar Verma and Rajendra Kumar Verma , respectively president and general secretary of LUTA.

LUTA’s stance comes days after hundreds of Akhil Bharatiya Vidyarthi Parishad (ABVP) activists staged a protest on the campus of Lucknow University (LU) on Tuesday (May 10), demanding an apology from Ravi Kant Chandan for his alleged derogatory remarks made during a televised debate. on the Kashi Vishwanath temple in the context of recent developments on an investigation by Maa Shringar Gauri Sthal in the Kashi Vishwanath-Gyanvapi complex in Varanasi.

Aman Dubey, a student at the University of Lucknow (LU) and an inmate of the LBS hostel, filed an FIR against Professor Ravi Kant Chandan, accusing him on Tuesday of disrupting the social fabric of LU with his alleged remarks derogatory and reprehensible about the Kashi Vishwanath temple. Hasanganj police filed a complaint against Kant for “promoting enmity, hurting religious feelings and misusing the computer platform to spread hatred”.

The student alleged that the professor’s comment brought discredit to the institution.

For his part, Ravi Kant Chandan filed a complaint with the police alleging that ABVP activists and other “chaotic elements” tried to kill him on campus on Tuesday for his remarks.

The comments came during an online debate hosted by Satya Hindi, a Hindi language news platform. The professor cited a story from freedom fighter Pattabhi Sitaramayya’s book “Of Feathers and Stones”, which describes the alleged circumstances in which a temple at the disputed location was destroyed and a mosque erected in its place.

“They used abusive words against me and tried to kill me on the college campus. The defendant also brandished slogans like ‘Desh ke traitors ko goli maaro’ (kill the traitors of the country) and made caste remarks against me as I come from the Dalit community,” Chandan said in his complaint.