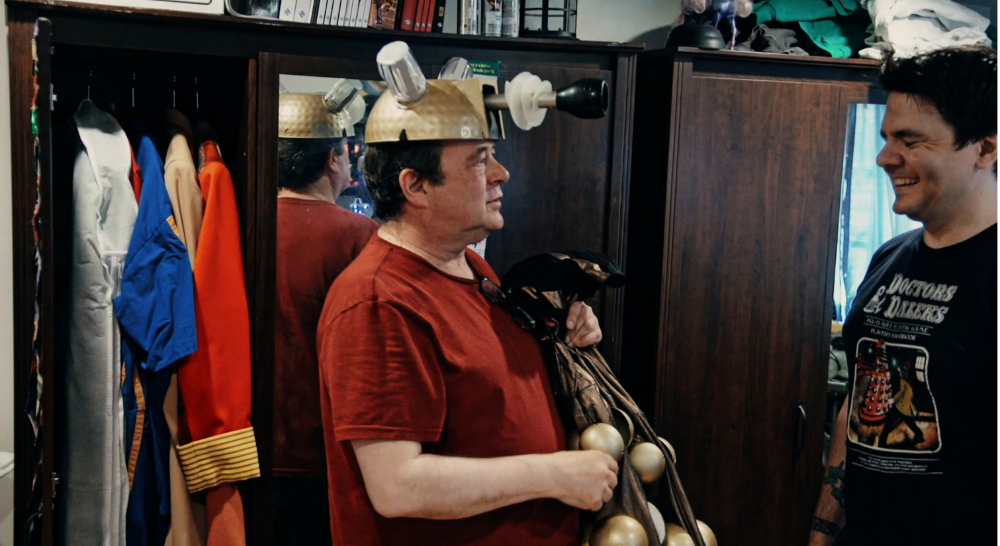 Kaleidoscope Film Distribution Snap Up ‘Doctor Who Am I’ Documentary

The award-winning Doctor Who documentary “Doctor Who Am I” has been purchased by Kaleidoscope Film Distribution, Variety can exclusively reveal.

Kaleidoscope is set to release “Doctor Who Am I” in UK theaters in October and is also resuming international sales. The documents will be available at TIFF next month.

Marking Vanessa Yuille’s directorial debut, the feature-length documentary tells the story of the infamous 1996 TV movie “Doctor Who,” which was produced during a hiatus from the TV series. It featured Paul McGann as the Time Lord, but received disapproval from fans, who were apparently unhappy with the suggestion that the Doctor was half-human, particularly when he kissed his assistant Grace Holloway.

Matthew Jacobs wrote the standalone film “Doctor Who,” and in “Doctor Who Am I,” he reluctantly lets himself step back in time to examine the making of the production as well as the reaction it inspired.

Jacobs is co-directing the doc with Yuille while McGann also features in the doc alongside other original cast members including Eric Roberts and Daphne Ashbrook.

“Exploring this pivotal moment in franchise history, Matthew unexpectedly finds himself part of a close-knit yet expansive family of fans,” the logline reads. “This is a funny and emotionally perilous documentary, full of Doctor Who fantasy and celebrating a passionate and united fanbase.”

“We at Kaleidoscope are thrilled to be working with Matthew and Vanessa on this fabulous film,” said Spencer Pollard, CEO of Kaleidoscope. “It’s a real fan piece. Festivals and distributors around the world will hopefully benefit as much as we do. »

Yuille said, “We’re a small film with a big heart, and Kaleidoscope saw that right away. Teaming up with Kaleidoscope is a perfect match for us because even though we’re an American movie, they understand the Doctor Who franchise and the global reach of fandom. They can bring our “Whoniverse” documentary to the universe.

Jacobs added: “Now, more than ever, we need a positive Doctor Who fandom film as we head into the series’ 60th anniversary. We are so excited that Kaleidoscope, like the audience, did, recognize that our documentary is essential viewing for all storytelling enthusiasts.

How to get a student loan without a credit check