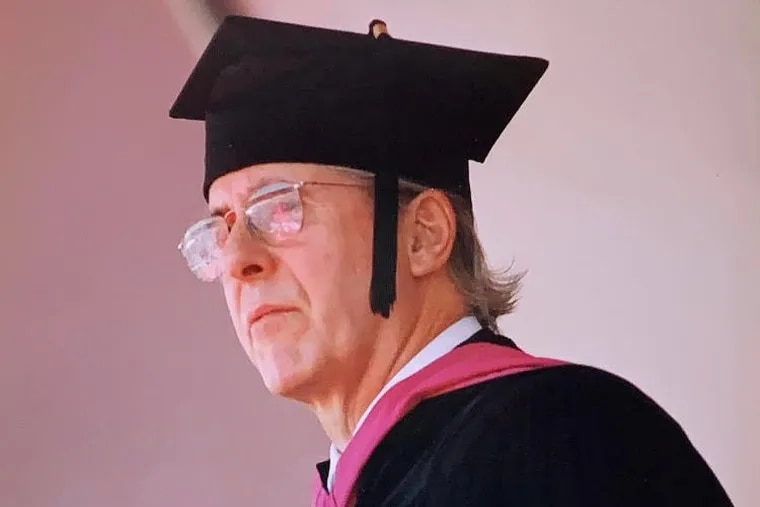 John C. Keene, 90, of Haverford, award-winning professor emeritus and former chair of the Department of Urban and Regional Planning at the University of Pennsylvania, legal consultant to governments and others on environmental and land protection farmers, international speaker, mentor, author, and veteran, died Friday, March 4, of prostate cancer at his home.

Professor Keene has been tireless in his 55 years of service at Penn. A lawyer and expert in laws relating to urban planning, growth management and environmental policy, he was chairman of the school’s urban and regional planning department from 1988 to 1992 and served two terms as chair of the department’s graduate study group and its doctoral program.

He was also, among other things, president of the faculty senate, university mediator and coordinator of an advanced master’s program in environmental management that associates Penn with Mines Paris Tech in France and Tsinghua University in China.

Described as “a thoroughbred academic” and “broad thinker” by his colleagues, Professor Keene has taught a range of courses and lectured on the legal aspects of planning and planning theory, and he wrote a chapter for a 2001 trade publication that illustrated the importance of this work.

“Human society has embarked on a course that will bring us into collision with the ability of our natural systems to sustain us,” he wrote in Managing Change: Sustainable Approaches to Conservation of the Built Environment. “Those involved in historic preservation and cultural conservation can work to improve some of the causes that contribute to the unsustainability of metropolitan areas around the world.”

A colleague from Penn’s Weitzman School of Design wrote in a online tribute: “He practically invented the first thinking about managing growth, protecting farmland and transferring development rights.”

Professor Keene spoke French and Spanish and has lectured in over 50 countries. He has authored, co-authored and edited dozens of reports, articles, analyzes and scholarly works, including Saving America’s Farmland: What Works in 1997, and The Farmland Preservation Law in the United States in 2018.

He has been a member of several preservation committees and received an award from the University Research Foundation in 1999 to study planning in three regions of northern Spain.

“He was a lifelong learner,” said his daughter, Lisa.

Professor Keene was born on August 17, 1931 in Wynnewood. He graduated from the Episcopal Academy in 1949 and received a bachelor’s degree from Yale University in 1953, a law degree from Harvard Law School in 1959, and a master’s degree in urban planning from Penn in 1966.

He served in the Navy from 1953 to 1956 as a combat information officer on the USS Strickland. He married Emma Thune in the 1950s, and they had daughters Lisa, Suzy and Katy, and sons John and Peter.

After a divorce, Professor Keene married Ana Maria Delgado in 1973, and his children – his daughter, Carmen, and sons, Carlos, Rene, Mario, Raul and Silvio – blended almost seamlessly with his children. “He had a way of making the meeting easier,” his wife said. “He was a patient, caring and dear man who was devoted to his family.”

He joined with fellow planner Bob Coughlin in 1976 to form Coughlin, Keene & Associates, and they consulted with townships, counties and others for two decades on planning issues.

Professor Keene loved opera and sang in high school with the glee club and a quartet of barbers, and in college with the Yale freshman choir. He became interested in genealogy, wrote a 500-page memoir, and photographed as many family gatherings as possible.

A former student said in a tribute: “I only hope I can inspire others half as much as he inspired me.”

His wife said, “We were yin and yang.

Donations in his name can be made to Penn’s Urban Studies Program and City and Region Scholarship FundUniversity of Pennsylvania, Office of the Treasurer, PO Box 71332, Philadelphia, PA 19176.