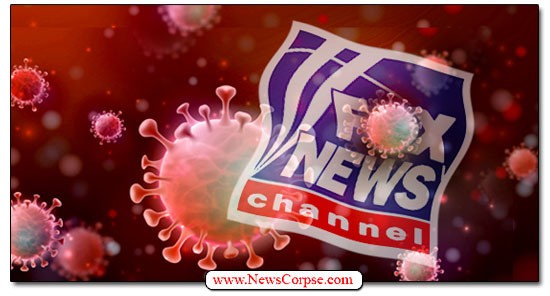 Fox News has never been a particularly good source of medical information. On the contrary, when it comes to COVID-19, they have a long history of spreading crackpot conspiracy theories and fake cures that have resulted in the deaths of countless thousands of people. They were literally killing their own viewers.

Throughout the pandemic, Fox News has been instrumental in spreading misinformation. While they weren’t denying at all that there was a serious public health problem, they were promoting quack remedies like hydroxychloroquine and ivermectin. And among the most frequent spreaders of murderous misinformation was their “Medical Team A” “doctor,” Marc Siegel, who insisted that COVID was no more dangerous than the regular flu.

RELATED: SURPRISE! Those who trust Fox News, Newsmax and OAN most believe in COVID misinformation

On Friday, Fox News tapped Siegel again to distribute its unique brand of bullpucky. The segment focused on Democratic Georgia gubernatorial candidate Stacy Abrams’ comments on abortion and one particular argument that anti-choice activists cling to. Abrams was dealing with claims that a fetal heartbeat can be heard on ultrasound exams. Host Dana Perino released a clip of Abrams saying…

“There’s no heartbeat at six weeks. It’s a manufactured sound designed to convince people that men have the right to take control of a woman’s body.”

This is a factual statement that credible medical professionals will attest to. The ultrasound system actually inserts sounds when it encounters certain fetal activities. It’s a product of the machine itself, rather than an amplification of an existing sound. But that’s not how Siegel portrayed him in this interview.

Responding to Perino’s question, “Can you hear a heartbeat at six weeks pregnant?” Siegel covered first, calling Abrams’ comments “scandalous,” followed by a brief historical overview of how ultrasound was invented and its contribution to medicine. He seemed to insinuate that Abrams was criticizing the existence of the machine, which is nonsense. He finally came back to the question and his answer actually confirmed what Abrams had said. (video below):

“I have to tell you that you can see at six weeks that a fetus is forming. There’s no heart there, there are no valves, but you see a flutter, a flutter of electrical activity. That’s the start of a heart. So you can debate all day when a real heart happens, but it’s the start of the flickering, the fluttering of life where the heart is going to be.”

Siegel therefore recognizes that there is no heart present at six weeks, and therefore no heartbeat. He tries to twist his answer into the Fox News story by talking about future fetal development that hasn’t happened yet. But the fact remains that Abrams was right, and Siegel reluctantly, but expressly, agrees with her.

It’s the kind of unsavory chatter that Siegel has made a career out of on Fox News. He was, after all, the guy Fox News turned to when interviewing Donald Trump about his infamous cognitive exam where he claims to have correctly identified an elephant and recalled the five words. “person, woman, man, camera, TV” …

The president again brags about the cognitive exam. He claims he took it to calm the media. He also talks about his results on the memory question, but forgets the name of the test he took. pic.twitter.com/gQiyFBPK7a

Siegel never bothered to interject that Trump’s assessment of this test was nonsense. He stood there and nodded uncomprehendingly as Trump proclaimed the test revealed his extraordinary mental prowess. It was a moment in the media that exposed both Siegel and Trump as mentally deficient and brazenly dishonest.

REMARK: Twitter suspended the News Corpse account after 11 years without giving a reason. So if anyone wants to tweet articles from my sitedo not hesitate to do it often and several times.

Fox News medical contributor Dr. Marc Siegel on Stacey Abrams’ fetal heartbeat: “Her comments are outrageous…it’s so ridiculous that she said that!”

“There’s no heart there, there are no valves, but you see a flutter of electrical activity.” pic.twitter.com/qSr9HTHS5S