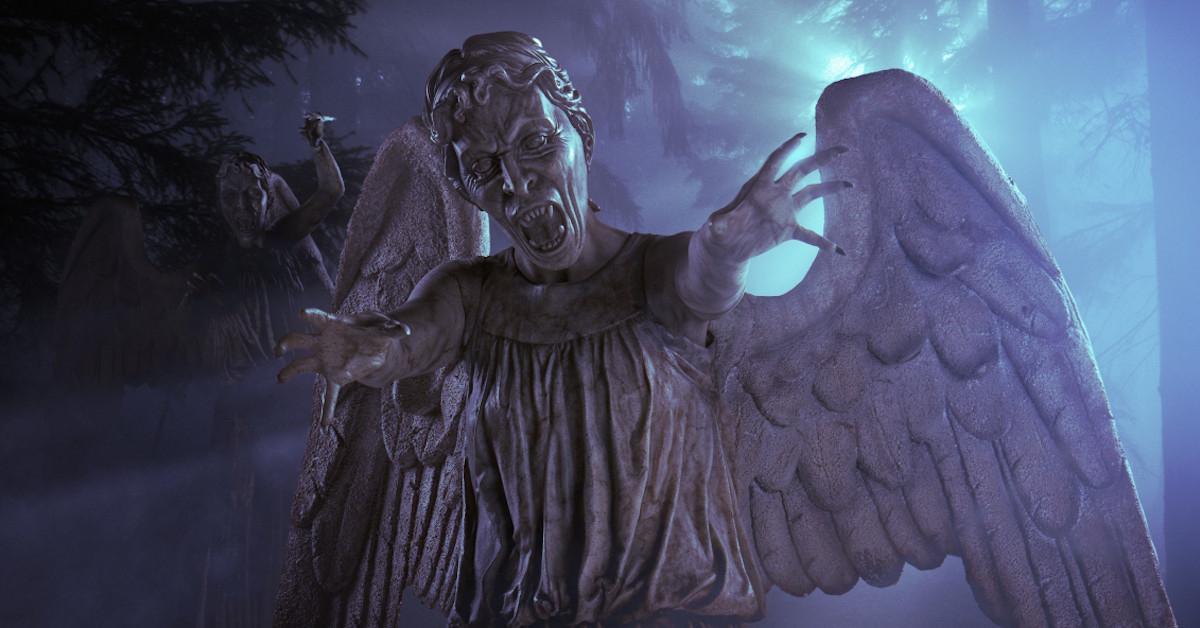 Gale Force Nine has announced a new Doctor Who board game featuring some of the most iconic villains introduced since the series returned in 2005. Doctor Who: Don’t Blink is a new tactical board game featuring the Weeping Angels, a terrifying race of statue-like creatures capable of sending their victims back in time and feeding on their missing temporal energies. Mobs only move when a player isn’t looking directly at them, so even a single blink can prove fatal. One player assumes the role of the Weeping Angels, while the other players assume the roles of the Eleventh Doctor, Amy, Rory, and Clara. The action takes place on an abandoned spaceship, with players trying to collect the four parts needed to make the TARDIS operational, while the Weeping Angels try to corner the group and try to escape.

The Weeping Angels were first introduced in the episode “Don’t Blink”, considered one of the best episodes of the “short story” Doctor Who, although the Doctor only has a small role in the episode. While the creatures were originally a single enemy, they played a much larger role in the 11th Doctor’s story, with the creatures leading directly to the Doctor’s permanent estrangement from his longtime companions Amy and Rory Pond. More recently, the Weeping Angels appeared as antagonists in the 2021 series Doctor Who: Flux, which served as preparation for Jodie Whittaker’s departure as Doctor.

Doctor Who has several other tabletop games in print or coming out soon. Gale Force Nine also produces a Doctor Who: Age of the Daleks board game that comes with several expansions that allow players to play as one of the Doctor’s reincarnations. Cubicle 7 also announced plans to release a new edition of the Doctor Who role play Later this year.

COVID-19, rescue treatments and what an ounce of prevention is worth | News, Sports, Jobs