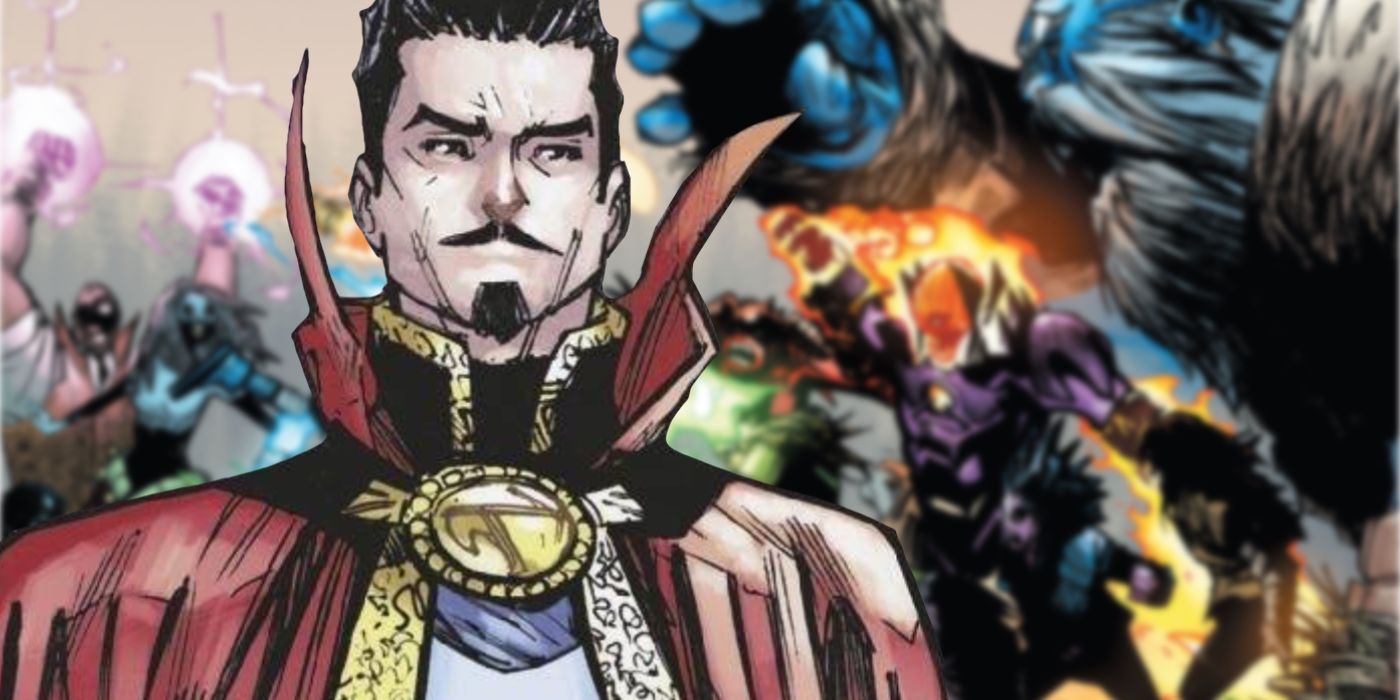 In Marvel Comics’ latest issue of Strange Academy, Doyle Dormammu gets a taste of the school’s dark future (including a magical Civil War).

Warning! Spoilers ahead for Strange Academy # 14

In the latest issue of Marvel Comics’ Strange academy, Doyle Dormammu has a glimpse of his future as well as Doctor Strange other students, discovering that they are all headed for a Civil war of magical proportions. While the Strange Academy offers a wide variety of courses and skills that any young wizard should learn, time travel is dangerous regardless of one’s experience. As such, it looks like Doyle is learning this truth the hard way in this new issue.

It appears that time travel may be chosen as an elective course at Sorcerer Supreme’s School for those who are passionate about magic, and Strange Academy # 14 by writer Skottie Young and artist Humberto Ramos see Brother Voodoo teaching a class how to time travel on their own. However, he warns students that casting a time jump spell can be greatly affected by their emotional state, which can send the caster too far into the past or into the future. As such, it presents a significant danger to Dormammu’s son given his rather eventful career as a student of Doctor Strange.

Thanks to Doyle’s recent death and resurrection as well as a disturbing prophecy that hinted that he was taking a dark turn (like his infamous father), it’s no surprise that he accidentally goes too far in the future. Witnessing a potential dark fate, Doyle sees adult versions of his classmates such as Iric, Zoe and, most importantly, Doyle’s crush, Emily Bright, as the head of a collection of alumni of Strange. Apparently, they believe that this particular day in the future is the day the prophecy comes true when one will destroy the old ways of magic and cause new darkness, while another will save her. Doyle then sees his own adult who indeed appears to have embraced his father’s darkness, leading his former students such Dessy, Gus, Alvi and more against Emily, resulting in a Civil war between former classmates and friends.

While young Doyle naturally wanted to prevent his adult and all of his friends from going to war, he was brought back to the present by Brother Voodoo. Clearly shaken and desperate, Doyle decides to do something drastic and wants to give up Strange Academy altogether. In doing so, it appears he hopes to alter the events he has seen, although rewriting the fate of the future is always easier said than done (especially when a prophecy is involved).

Either way, it’ll be interesting to see if Brother Voodoo can convince Doyle to stick around in upcoming issues. The Strange Academy appears to be the safest place for him to grow in his power and learn to resist his father’s darkness. However, this may be the only way Doyle can prevent the future Civil war of Doctor Strange students in the future? Fans will just have to wait and see in the issues of Strange academy yet to come.

More: Doctor Strange Is Secretly Faster Than Quicksilver, And It’s Not Close

Kevin Erdmann is one of the editors of Screen Rant. With a major in Film Studies and a minor in Comic Book and Cartoon Studies from UofO, Kevin is pretty sure he’s writing for the right site. Although Kevin is a huge Marvel fan, he also loves Batman because he is Batman and is a firm believer that Han shot first. Disney also shares much of its fan sponsorship. Kevin lives in Oregon with his wonderful wife and sinister cat who is no doubt currently plotting his demise.