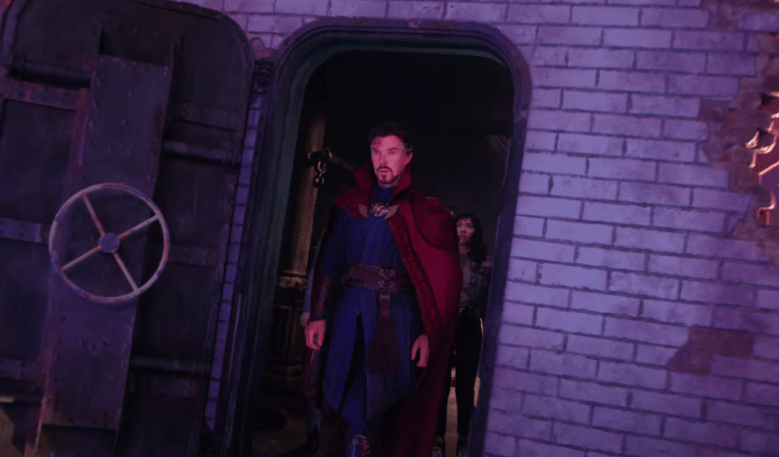 “Doctor Strange in the Multiverse of Madness” includes a 12-second scene where a lesbian character refers to her “two moms.”

After reports that “Doctor Strange in the Multiverse of Madness” has been banned in Saudi Arabia and some Gulf countries, the Saudi government has clarified the censorship standards demanded of Disney.

Nawaf Alsabhan, general supervisor of film ratings in Saudi Arabia, told The Guardian that Disney had been asked to remove “LGBTQ references” from “Doctor Strange 2” so the film could premiere in the country. However, Alsabhan noted that the film was not officially banned, although AMC Cinemas in Saudi Arabia said it was “pulled” from theaters ahead of its May 6 release.

The requested edits are “a mere 12 seconds” of footage, as Alsabhan explained, in which lesbian character America Chavez (Xochitl Gomez) refers to her “two moms.” Disney refused to make changes to the film, Alsabhan claims.

“It’s just that she talks about her moms, because she has two moms,” Alsabhan said. “And being in the Middle East, it’s very difficult to pass something like that.”

Disney representatives could not immediately be reached for comment by IndieWire.

Of note, homosexuality is officially illegal throughout the Gulf, and movies that feature LGBTQ+ themes or characters are often censored.

“Doctor Strange 2″ stars Benedict Cumberbatch as a surgeon-turned-sorcerer tasked with teaming up with Elizabeth Olsen’s Wanda, aka the Scarlet Witch, following the events of “WandaVision” and “Spider-Man: No Way Home”.

Alsabhan also told Agence France-Presse (via The Guardian) that “Doctor Strange 2” will “never be banned” since there is “no reason to ban the film.”

He continued: “It’s a simple modification… So far they have refused. But we haven’t closed the door. We always try.

The Fellow MCU installment “Eternals” was previously banned in the Gulf States in November 2021 after featuring Marvel’s first gay superhero and including a same-sex couple. The Hollywood Reporter said national censors demanded specific changes be made for the film to premiere, but Disney refused. A different, edited version, however, was screened in the United Arab Emirates.

Disney’s ‘West Side Story’ was also pulled from release in Saudi Arabia, UAE, Qatar, Bahrain, Oman and Kuwait in January – reportedly because of the character Anybodys, written as transgender in the film and played by non-binary actor Iris Menas.

Register: Stay up to date with the latest film and TV news! Sign up for our email newsletters here.