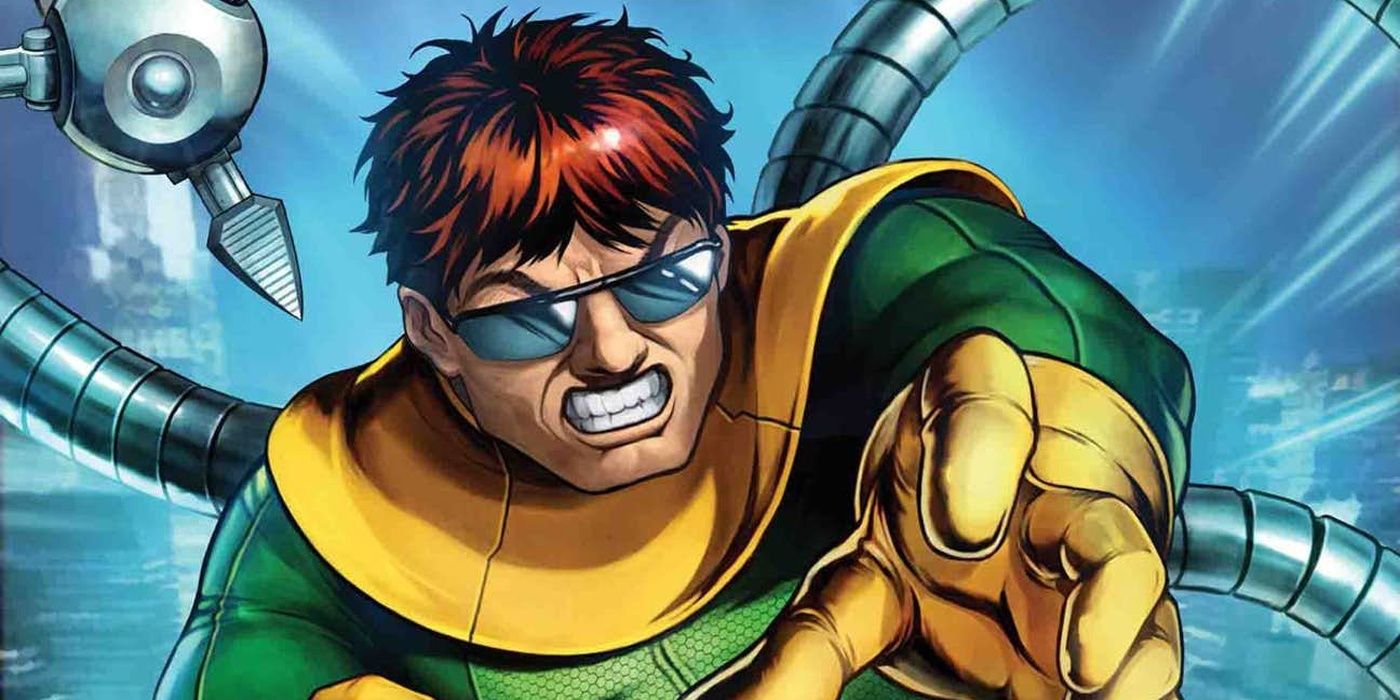 The world of Marvel 2099 presents Cloak with a new kind of power thanks to the iconic arms of Doctor Octopus.

After being dragged into the future by a Deathlok who was once Miles Morales, the eponymous heroes of Savage Avengers#6, by writer David Pepose (The Fantastic Four, Scout’s Honor) and the artist Carlos Magno (Lantern City, Carnage), come face to face with the threat of the Deathlok army. Although initially outgunned, the Savage Avengers quickly unearth the Avengers’ old arsenal, leading Cloak to arm himself with mechanical limbs that once belonged only to Otto Octavius.

Tyrone Johnson aka Cloak was featured alongside longtime partner Tandy Bowen aka Dagger in the 1981 pages Peter Parker, the spectacular Spider-Man #64 by writer Bill Mantlo and artist Ed Hannigan. The pair gained their powers after being subjected to the manic experiments of Dr. Simon Marshall. Acting on the request of the Maggia, Marshall tested a series of synthetic drugs on runaway teenagers, turning them into Cloak and Dagger in the process.

Imbued with the powers of Darkforce and Lightforce respectively, the two have been involved in a plethora of storylines, as well as a myriad of super teams, including the X-Men and Secret Avengers. Like the rest of the current Savage Avengers lineup, they were inadvertently swept into action by Deathlok’s assault on Conan of Cimmeria. Alongside Elektra and Weapon H, this iteration of the team has previously battled against immortal Hyborian Age necromancers, as well as the Great Serpent, Set.

Doctor Octopus has been an integral part of the Marvel Universe since its introduction in 1963. amazing spider man #3 by creators Stan Lee and Steve Ditko. A neurotic genius from the start, Otto Octavius ​​and his mechanical limbs have been the bane of Spider-Man’s existence for decades. Over the years, the character of Doc Ock has evolved from the often stereotypical supervillain leader of the Sinister Six to a more complex character who has played both hero and villain roles across the multiverse.

savage avengers #6 is written by David Pepose, with art by Carlos Magno, color by Espen Grundetjern, design by Nick Russell, and lettering by Travis Lanham. Main cover courtesy of Sunny Gho and Leinil Francis Yu, with a variant cover by Alex Horley and NetEase Games. Savage Avengers#6 is on sale now from Marvel Comics.