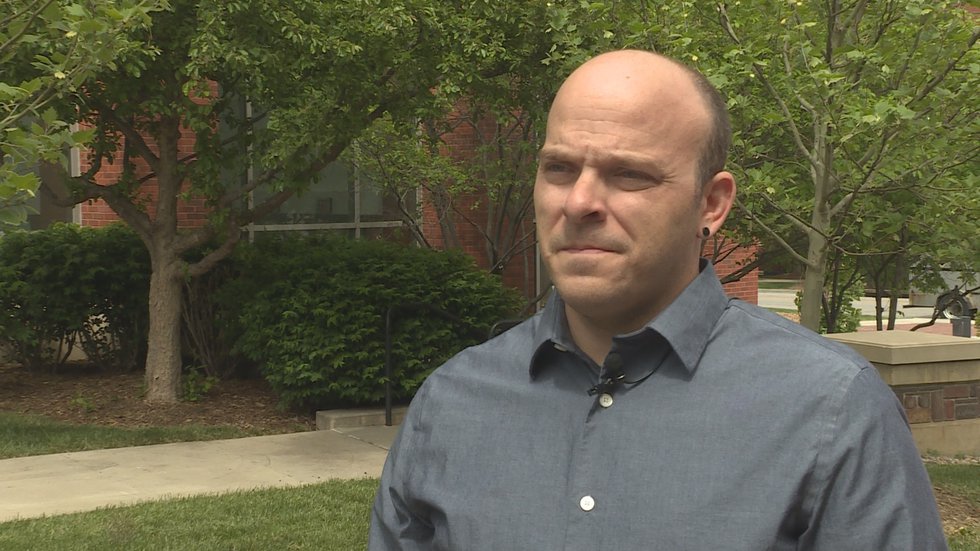 OMAHA, Neb. (WOWT) – Dr. Guy McHendry makes his living trying to understand how hate is communicated to the world.

And in the case of the racism-fueled murder of 10 people in a Buffalo grocery store, his instinctive response was not much different from most other people.

In his research as an associate professor of communication at Creighton University, McHendry has seen the rise of violent and extremist movements, seeking higher political profiles and recruiting more people, fueled by the way they promote racial hatred and conspiracies through social media.

“(They) have this very savvy awareness that a lot of their language is really unfavorable to a lot of people,” McHendry said. “And so The Great Replacement, or versions of it, are trying to find ways to make a very racist idea seem acceptable, especially to moderate people.”

In his trip to Buffalo To face the situation and comfort the citizens, President Joe Biden spoke clearly on Wednesday about what he saw.

Biden’s words to Buffalo, McHendry said, are not disputed.

“One of the difficult things is that our nation after 9/11 and the War on Terror, in particular, is that our definition of terrorism has become very broad,” McHendry said. “What you want is to prevent the power of government from being used in that kind of fluid sense so that you know that everything can be considered as if a prosecutor or a politician wanted to plead this cause. But having said that, we know that white supremacist violence is a problem in the United States, that often its goals are to terrorize minority communities and cause them to live in fear and, I mean, that’s terrorism, right? So I think it’s a very important conversation that we need to have with some immediacy and not something that we should throw out on the road.

McHendry also said he understands the chilling comparisons some are making between white supremacists in the United States today and Nazis during World War II.

“For the most part, our political operations have prevented this kind of large-scale violent campaign with government resources,” he said. “But if you look at the last two decades, it’s been very violent, many fueled by racist beliefs.”

So what are the answers?

McHendry said a clear policy to combat domestic terrorism must happen now, and with Friday’s announcement of the justice department focusing on homegrown terrorism and bipartisan support for the Homeland Terrorism Act, the United States seems to be on that path.

As for us as individuals, if we see someone we know engaging in hateful rhetoric, McHendry says we should step in.

“I would definitely say it’s important that if you see people starting to use that kind of language, especially people you love, family members, it’s not that they’re a lost cause.” , did he declare. “One of the most meaningful things we can do for those we love is if we see this, we can talk about it, we can engage with them, and we can intervene. And it’s not an easy thing, is it? We shouldn’t expect immediate results, ideas like expecting someone to walk away, “oh, you’re right, I’m going to quit all these Facebook groups” or whatever, but it’s worth doing this work, because it will really help the great community, and they need us.

I’m a doctor and a democrat, and I won’t let the crowd force me to choose between the two.