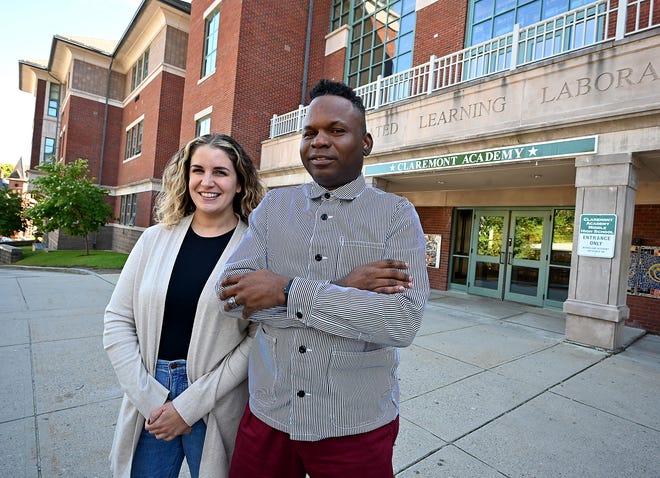 WORCESTER — To help inform the teaching of American history and in particular the institution of slavery to young students, a local professor is providing middle and high school teachers with practical advice and suggestions.

Raphael Rogers, associate professor of practice in Clark University’s Department of Education, said teaching about “the troublesome subject of slavery” leaves teachers “nervous, worried, worried, suspicious and unprepared”. He thinks it has always been a complex and difficult subject in schools, but “we have a problematic history and we need to tackle it”.

Although he works with teachers in Massachusetts, their reaction to teaching about slavery is common among teachers across the country. Rogers has collaborated with other Massachusetts educators to create culturally appropriate teaching resources for the state Department of Education.

“What I’ve found is that people are nervous or shy away from teaching slavery at any grade level – there are landmines there if you look at the controversies who emerged.” Earlier this year, in June, an advisory committee of nine Texas educators recommended that slavery be labeled “involuntary displacement.”

Rogers taught high school before coming to Clark, and from his experience young students can certainly understand “what it means to work for free; what it means to have your family taken from you. So, looking at artifacts that represent slavery — not just what the institution looked like, but also its legacy and impact — is one way to help students form their own opinions.

“If you are teaching the history of this country, there are ways to introduce slavery as a subject even at the elementary school level, but you need to make sure your teachers are prepared at all levels to teach this content. “, said Rogers.

He believes that students shouldn’t go to elementary school without knowing that this country had enslaved people, and the depth and examination of this can increase as students progress in teaching history.

The importance of understanding slavery is complicated by the sociopolitical context, according to Rogers.

“Should it be about celebrating this country in history lessons or should it be about getting students to think critically about this country? said Rogers. Unfortunately, he added, what happens with some anticritical supporters is that they push to control the discourse in the classrooms.

“I think people get caught up in the content sometimes — there’s hard-to-manage content at all levels, but some schools are leaning into helping students become critical thinkers,” he said.

He worries that people just want teachers to blindly support what their politicians want them to do.

“Just be true to this country and just focus on the positives, but by doing that critical thinking is lost and you’re not dealing with individual or minority interests at all. History is not just about facts because people use those facts to make an argument,” he said.

Rogers shared the four things he thinks teachers need to do if they plan to teach about slavery: Explore actual records, examine historical arguments, highlight lived experiences, and consider relevance.

Rogers, who has worked with teachers from Claremont Academy, said: “The lessons I have developed take a variety of approaches, but are all grounded in examining the realities of slavery using historical evidence.”

It highlights the importance of understanding the basic facts about the length of the institution of slavery, the size of an affected population, and the use of authentic records – including census information, owners’ opinions about escaped slaves, the punishments inflicted and the personal accounts of slaves. people — to make students understand the reality of slavery.

“Exploring the facts is less important than equipping them with skills and tools to deal with unique circumstances,” said Bowen Lee, professor of civics at the Nativity School in Worcester, “and being able to break them down according to of perspective and prejudice”.

Claremont teacher Helen Ward said: ‘When children have the opportunity to confront our country’s terrible history and talk about institutional racism, it’s difficult and needs to be done carefully, but it’s really empowering. »

Ward said she works with a diverse group of young people and, according to her, “students crave that.” Rogers served as Ward’s advisor and teacher in the Master of Education program in 2012.

Ward teaches world history in ninth grade and African American studies in 11th and 12th graders. Referring to the subject and the way she presents it, Ward said: “We critically examine how slavery is portrayed in different primary sources throughout history and how personal biases affect this and I don’t. Haven’t received any negative feedback from parents and family yet. .”

She added that she feels lucky to work in Worcester and Claremont because the administration supports what she teaches and empowers her to do so.

According to Ward, students generally understand that slavery is wrong and that it happened in America. But the point is to get them to dig deeper and understand how the biases of historians and politicians can change the way this story is told. She also discusses historiography with Claremont students – how the history of slavery is told and how it changes over time.

Ward confirmed that it is important for young people to challenge racism and develop an understanding of it.

“Avoiding it in schools does nothing but prevent young people from learning how society works,” she said.