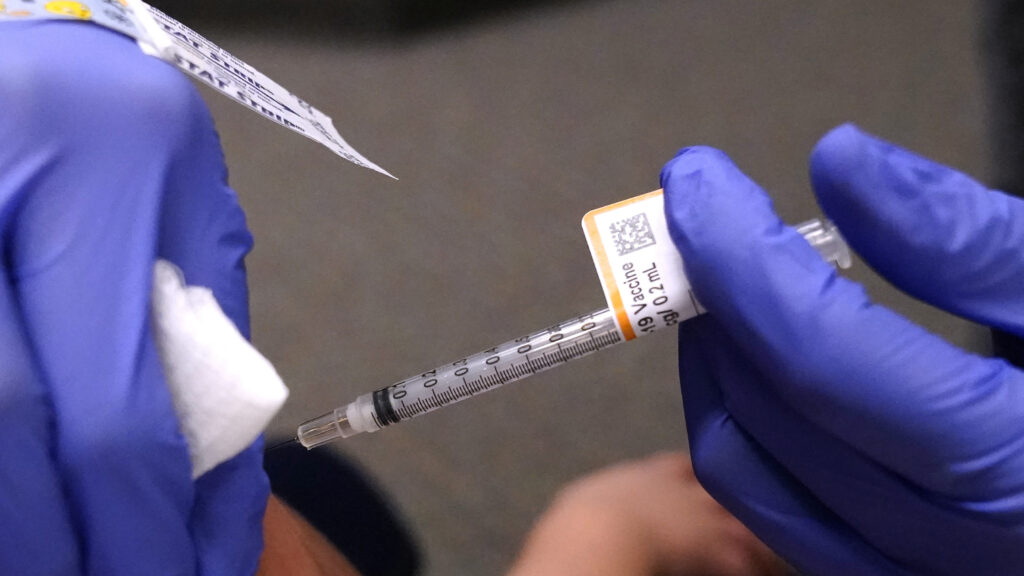 A The key vaccine advisory committee voted on Thursday to recommend that children aged 5 to 11 be offered a third dose of the Pfizer-BioNTech Covid-19 vaccine at least five months after receiving their second dose.

The recommendation is non-binding and the final decision rests with Rochelle Walensky, director of the Centers for Disease Control and Prevention. It would, however, be unusual for Walensky to rescind the recommendation.

The group, known as the Advisory Committee on Immunization Practices, did not debate not making the vaccine booster available to children in this age group. Instead, the discussion focused on whether the CDC should tell parents and doctors that these children “should” get the vaccine, or give what’s called a permissive recommendation, saying that children “can” receive the booster dose.

In non-pandemic conditions, this simple wording change can have a big impact on the extent to which vaccines are used and whether insurers cover them.

The panelists spoke resoundingly on the side of “should”. The vote was 11 to 1, with one abstention, that the CDC should make its strongest recommendation. Vanderbilt University’s Helen “Keipp” Talbot, who voted against the recommendation, was partly concerned that many children had not even received their first dose of the vaccine. Kevin Ault of the University of Kansas Medical Center abstained because he was unable to attend the full day’s discussion.

Most of the panelists who voted yes also noted the large number of children in the age group who had not received the Covid vaccine, but were concerned that the public might interpret weaker language as saying that the vaccine was not important.

“I think ‘may’ may be confusing and it may cast doubt on the need for a recall,” said Oliver Brooks, chief medical officer at Watts Healthcare in Los Angeles.

Camille Kotton, who leads the treatment of infectious diseases in immunocompromised patients at Massachusetts General Hospital, added: “I would like to speak in favor of the significant clarity of our recommendations. In my clinical experience, it’s confusing to say maybe.

Kotton said she was surprised at the number of immunocompromised patients, eligible for boosters, who are not up to date with their vaccinations.

Panelists viewed data that showed the risk of myocarditis, a side effect of the vaccine, is less common in young children. They also saw data that showed that, as with other age groups, a third dose increases the vaccine’s antibody response, which should protect recipients better, at least temporarily.

Their biggest concern was the number of children who are currently not receiving the Covid vaccines for which they are eligible. For example, the CDC presented data that only 25% of 5-year-olds had received their second dose of the vaccine. Moreover, these rates differed depending on where the children lived. The CDC said 39.8% of children ages 5 to 11 in large urban areas had been vaccinated, compared with 14.4% of those in rural areas.

The committee did not review data indicating whether children under 5 should receive Covid injections. That decision, for the Moderna and Pfizer/BioNTech vaccines, will first rest with the Food and Drug Administration, which reviews whether the vaccines should be licensed before the CDC decides to make a recommendation. The FDA decides whether the drugs can be administered; the CDC determines whether to tell people to take them.

But panelist Jamie Loehr, owner of Cayuga Family Medicine in Ithaca, NY, urged the FDA to act quickly on the decision regarding Covid vaccines for young children.

I’m a doctor and a democrat, and I won’t let the crowd force me to choose between the two.