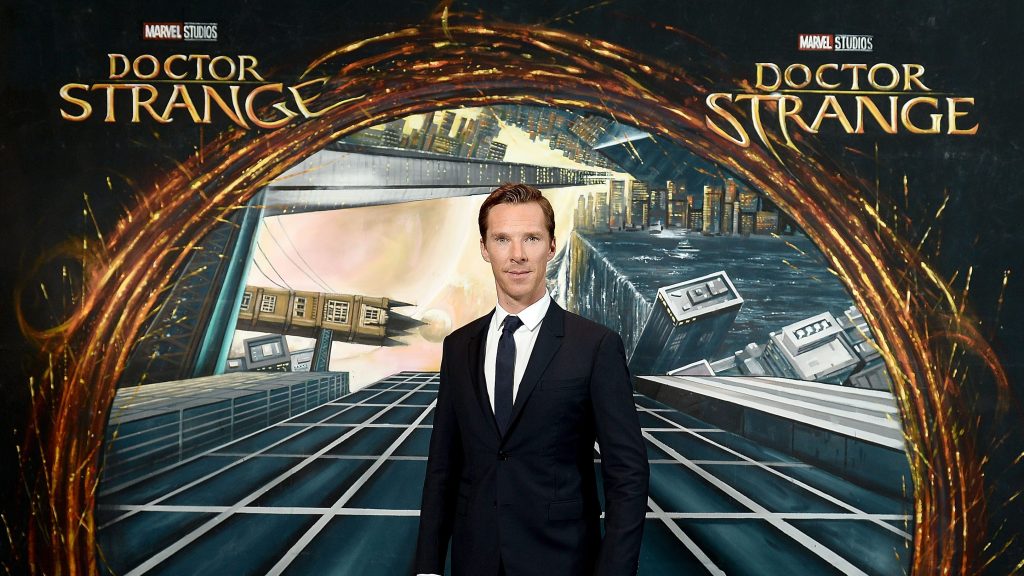 Doctor Strange’s arrival in the Multiverse of Madness in the middle of baseball season got us thinking…how could our band of MCU heroes start a ball club?

Would they go Moneyball style or spare no expense like the Yankees?

How long would it take for the team to start fighting each other?

Would anyone even be willing to handle them?

We filled out our lineup sheets as best we could and put together what we think is the best use of our heroes’ talents on the diamond.

As a side note/minor spoiler: a dying character in the MCU didn’t stop them from entering here. We try to build the best team from the heroes we have. It also means there’s no Loki, who is a hero or a villain depending on how he feels when he wakes up each day. Basically, Loki is a modern-day Jonathan Papelbon, but I digress.

Initially, Rogers seemed like a perfect fit at first base, but I was convinced he belongs behind the plate for several reasons.

Rogers grew up in the heyday of Babe Ruth, Pee Wee Reese, and Lou Gehrig, so his power will definitely play, but whether his mechanics are stuck in the 1940s remains to be seen. Sure, he can figure out time travel , but sabermetrics may be asking too much.

Chris Pratt in “Guardians of the Galaxy” (Disney – Marvel)

He’s half-planetary, so power shouldn’t be an issue. Also, there aren’t many other good places to put it and it’s not like playing first base is everything. so hard.

T’Challa has the agility and defensive IQ to handle second base and his vibranium-fueled suit would absolutely allow him to turn the Mike-Trout-check-swing-triple into a regular event. All he has to do is make contact with the ball and the combination will do the rest.

He should also form an exceptional midfield duo with…

A monster athlete in every possible way. He can feel the ball coming towards him before it even leaves the bat and is acrobatic enough to catch anything above his head.

His hand-eye coordination is 80 and there is no doubt that he has enough pop in his bat to turn mistakes into home runs.

Listen, is he the best baseball player on this team? Absolutely not. But it’s an incredibly fast study (so going from high-level surgeon to sorcerer supreme in what, nine months?) and as long as he has the time stone he can rewind each piece and try to get it right at new.

I love those odds as much as I love the chance that the spell he casts to help him in the immediate future will come back to bite him in the long run. Kind of like fellow third baseman Alex Rodriguez.

Before being in the superhero business, Stark made weapons and defense systems. Oh and he can fly.

There shouldn’t be a single ball that goes past him or into the stands. The only problem is that he’s going to piss off every last person in the clubhouse. Then he’ll decide he doesn’t even like the clubhouse, tear it down and build a new one in his image. Honestly, it’s a top notch business chip and the phone lines are open.

She can also fly, is arguably the most powerful Avenger and when she learns to channel all that anger to the plate, she should put up some numbers that make Ted Williams blush.

Yes, we hope the bullet won’t hit him either, but at least he can fly and has a Stark-calibrated targeting system. He’s not a handicap in law, but if the club can make a trade for Iron Man, maybe they do an upgrade here.

Now that he’s got brains and brawn together, the Hulk should be everything a GM dreams of in a modern DH. Someone who understands and is obsessed with analysis with the raw power and coordination to make all that time studying pretty pointless.

Hulk has also proven himself at lower levels.

His thing is electric! (I am really sorry).

While he may only have a pitch or two in his arsenal, all he really needs is a fastball to wow his opponents. He also has two different colored eyes now. You know who else does it? Max Scherzer. The most dominant pitcher in the major leagues today.

Thor should get at least 20 strikeouts every game.

Relief Pitcher: Winter Solider (after a year of rehabilitation in Wakanda, his arm is stronger than ever)

Closest: Captain Marvel (She has other places to go, you’re even lucky to get a sleeve from her)

Rocket is exactly the one you want to tinker with your gear for better or worse. And if the members of Groot are good enough to forge Stormbreaker together, you can bet his bats will surpass anything Louisville Slugger can produce.