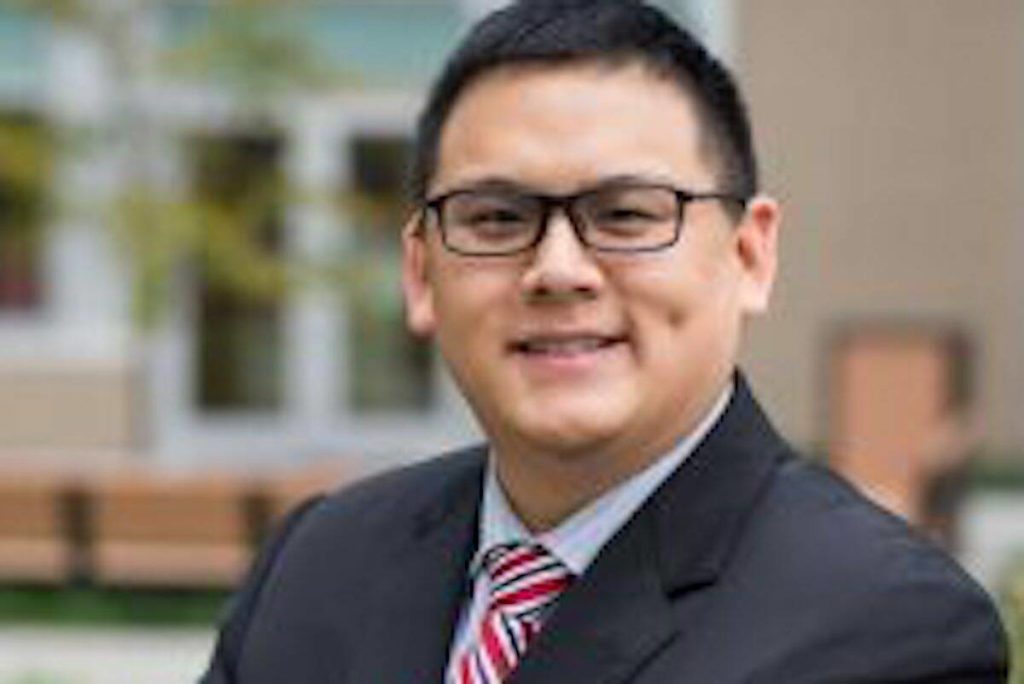 Dr. Benjamin Mou is a radiation oncologist at BC Cancer-Kelowna and an assistant clinical professor at UBC.

He is originally from Ontario and received his medical degree from McMaster University. After completing his radiation oncology residency, he pursued a clinical fellowship in stereotactic ablative radiation therapy and radiosurgery at the Mayo Clinic in the United States.

He joined BC Cancer-Kelowna in 2015 where he quickly established a reputation as a provincial expert in SABR (stereotactic ablative radiation therapy) and SRS (stereotactic radiosurgery). He led the implementation and growth of SABR in Kelowna and holds numerous local and provincial leadership positions involving the continued use of SABR in Kelowna and throughout British Columbia.

SABR is a high-precision, high-dose radiation therapy used for patients with lung, brain, spine, lymph node and liver cancer. This innovative treatment is delivered in just one to eight sessions instead of several weeks of daily treatment. It precisely destroys cancer cells, while minimizing the radiation dose to surrounding healthy organs.

Benjamin is a provincial expert in SABR and one of only three radiation oncologists in British Columbia to be proficient in the use of SABR for all body sites. He has been the lead radiation oncologist on the SABR technical site team since the program’s inception in 2016 and chair of the committee since 2019.

Benjamin is also a principal investigator at the site of several provincial and international clinical research trials focused on SABR. When it arrived in British Columbia in 2014, SABR was a relatively new treatment modality in the province and most radiation oncologists had little experience.

Following his specialized training in SABR/SRS at the Mayo Clinic, Benjamin quickly became a provincial expert and has since trained several of his colleagues in the use of SABR/SRS as a treatment technique for cancers of the spine, bone , brain, liver and lymph nodes.

He started the first SABR fellowship training program in Kelowna, where he is director of the fellowship program. He is the primary supervisor for the first Clinical Research Fellow, which began in January 2022. He has provided hundreds of hours of clinical teaching to medical students and residents at UBC since joining BC Cancer -Kelowna in 2015.

Benjamin received his medical degree from McMaster University in 2008. He completed his radiation oncology residency at the University of Manitoba in 2013.

He completed fellowships in radiation oncology at the University of British Columbia and a clinical fellowship in stereotactic ablative radiation therapy and radiosurgery at the Mayo Clinic in the United States in 2014.