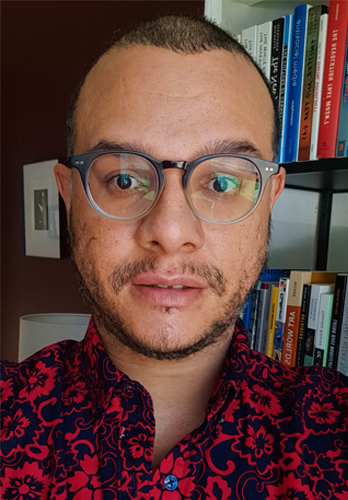 Marcus Brooks will join Potter College of Arts and Letters (PCAL) as an assistant professor in the Department of Sociology and Criminology this fall.

Brooks, a doctoral candidate at the University of Cincinnati, brings to the college her deep knowledge of systemic social inequalities, public sociology, and digital sociology. In addition to his nine-month appointment, he received a fellowship to develop collaboration between the Department of Sociology and Criminology, PCAL, and the Intercultural Center for Student Engagement (ISEC).

“We are thrilled to have Marcus Brooks at PCAL next semester,” said Dr. Terrance Brown, Dean of Potter College of Arts and Letters. “We are certain that he will bring a wealth of knowledge to PCAL, ISEC and the Department of Sociology and Criminology.”

Brooks will also serve in an advisory capacity where he will develop initiatives to support the wider WKU community in recruiting, retaining, supporting and graduating ISEC, first-generation students and students from low-income families. .

“Marcus is an exciting addition to the faculty with his focus on public sociology,” says Dr. Donielle Lovell, program coordinator for the Diversity and Community Studies major and Citizenship and Social Justice certificate. “Such an orientation allows WKU students to see more sociology in action at the advocacy and policy level. Many of our students seek such commitment and Marcus will provide both direction and support. »