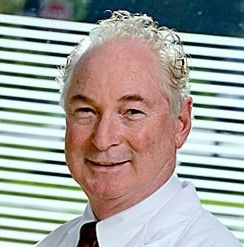 The case study1 describes how independent practices individually rivaled the region’s major academic institutions. As Alliance President Allen E. Lord Terzian, MD said, his freelance practice was under “financial pressure.” From 2008 he was able to merge 4 independent practices into one larger practice as Alliance Cancer Specialists. Alliance then brought in The US Oncology Network as its practice management company and by 2022, the number of medical oncology providers operating under this agreement has grown to 56, across 19 care sites. . Two radiotherapy facilities were added and primary care collaborations were carried out. According to the case study, “network practices have become the preferred oncology provider to one of the largest payers in the region”.

Evidence-based oncology™ (EBO) recently spoke with Terzian about the experience. This interview is edited for length and clarity.

EBO: Can you discuss the recent case study that shared the benefits of aggregation for independent oncology practices in your area?

Terzian: We were originally a small practice of 5 or 6 doctors until 11 years ago. I realized then that we could not continue to survive in today’s market. The environment and competition for hospitals has actually deteriorated a lot since then. We met with several other practices in the Philadelphia area and eventually put together an oncology group of 23 people from 4 different practices.

Over the years, the majority of oncologists in private practice in Philadelphia have been employed by hospitals. There were only a handful of independent practices left, and 2 of them joined Alliance after we joined the US Oncology Network.

So that’s the background – we were a big practice for a long time, but now we’re much bigger after joining the US Oncology Network.

EBO: The case study describes your ability to develop efficiencies. Can you tell us about some areas where you have achieved savings or improved profitability?

Terzian: We get better drug supply and pricing as a larger group. I think it allowed us to afford things that we couldn’t have afforded as a small group, including ancillary services, a pharmacist, HR and a CEO. Everything is cheaper when you buy in bulk. So there are a lot of economies of scale.

I think we learned a lot from each other being in a big group, because we communicate. When you’re an isolated group of 5 people, instead of regularly talking to 25-30 other colleagues, you’ll learn things from both a business and clinical perspective about patient care, and that’s been a big advantage.

EBO: Over the past decade, we’ve heard a lot about the importance of data in cancer care, whether it’s precision medicine or the role of real-world evidence in drug development. Can you explain how aggregation has helped you in some of these areas?

Terzian: One of the problems with data is that it is all ICD-10 [International Classification of Diseases, 10th edition]claims data for insurance companies. The ICD-10 the codes have been very poorly developed by Medicare and have virtually no clinical relevance. So, for example, for a woman with breast cancer, the insurance companies know that the breast cancer was in the upper outer quadrant of the right breast. But that’s really all they know – they don’t know the stage, what the hormone markers are, if she’s HER2 positive; biologically, they have no idea what’s going on. This is a very diverse group of patients for breast cancer alone. Lung cancer is the same way as well as many other cancers. It is no longer a single disease, it is many, many diseases.

So to get meaningful data you need [electronic medical record] EMR data and merge it with complaints data. If you want to look at meaningful cost data, that’s very hard to do right now.

We have lots of EMR data and we can report on almost anything we want. We also have a lot of data from the US Oncology Network, because of their [national data sets]. So it helped us a lot in patient care.

Terzian: Obviously, the more data you have, the better. Thus, when you are a small practice, your data may be distorted by a few distant patients; the taller you are, the more accurate it is. [Joining] The US Oncology Network helped us to have better data analyses. They have analytics data on 2000 providers nationwide, so we have a baseline for comparison.

EBO: When you were looking to the future years ago and didn’t think your practice could survive, why did you think aggregation with other local oncologists was the best option? Why did you see this as a better option than being acquired by a hospital?

Terzian: First, independent physicians are generally happier. You have more control over what you do on a daily basis. Happy doctors make better doctors. Salaried doctors, I think, are generally less satisfied and subject to more stringent requirements of the hospital system. For example, I’m self-employed, so I can pick whoever I think is the best surgeon in town for a patient who needs a liver. So I have the choice between 20 different surgeons. Whereas, if you are a salaried doctor, you usually have to refer to the person who is in that facility or in that hospital system.
Care provided by independent practices costs much less than [hospital] own practices, often by a factor of 2:1. I think our care is more personalized or much more concierge-like than in a large university or even a hospital-based practice. There is a lot less bureaucracy; we get things done faster. Our employees are our employees; they are not hospital employees. We can hire the right people to do the right job without the outside influence of a hospital system. We can instill in our employees a culture of compassion for patients, and we provide a patient experience that I don’t think you can get from a hospital system.

Terzian: Things have changed a lot. There have been many advances in oncology over the past 10 years; the number of new drugs coming out took off logarithmically about 10 years ago, I would say. And clinical trials at the time were mostly large group trials, like ECOG [European Cooperative Oncology Group] tests and NSABP [National Surgical Adjuvant Breast and Bowel Project]. You know, I think those trials are still important, but most trials now are pharmaceutical trials with new drugs. Most of these trials are driven by molecular defects, with more biological agents. Drug development just skyrocketed. Now a lot of clinical research is done in the community in the United States. So, with The Network, we have access to a huge number of essays; the number of trials we will have should continue to increase.

I think it is easier now to enroll patients. Decades ago, there were only a handful of group co-op trials that would interest you. Now there are many very interesting drug trials.

Terzian: We work closely with general practitioners. This is another difference between being in community oncology and being employed. We encourage primary care practices to refer patients to us early, even with just an abnormal CT scan. This way we can get the job done quickly and get things moving in the right direction. Patients live much longer – for patients who are actively undergoing treatment, we almost become the internist for cancer patients. Some [patients] don’t see their family doctor often while they’re having cancer treatment because they see us a lot. Meanwhile, we take care of their problems, of course [we’re] coordination with the [primary care] doctors about things that need their attention. For patients who are living much longer and on maintenance therapies that don’t have a lot of side effects, we see them less frequently, and the family doctor sees them more frequently. But communication is the key to it all.